Hulkenberg to join Ricciardo at back of Monza grid 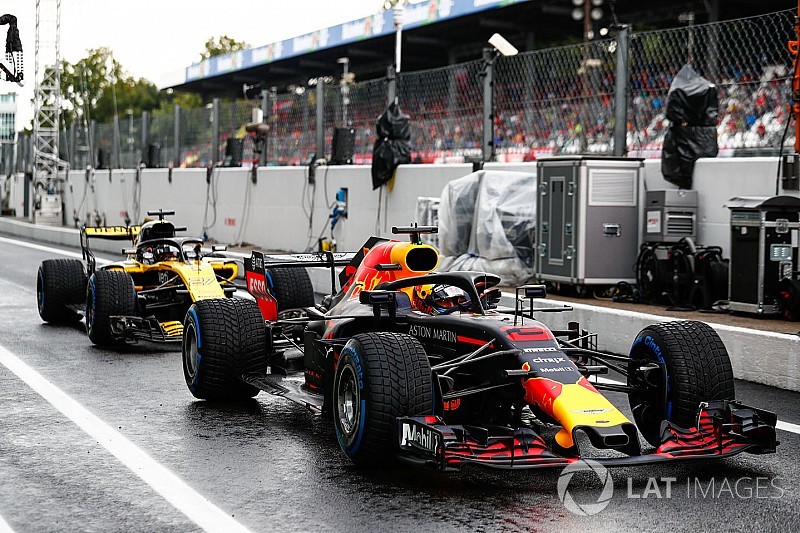 Nico Hulkenberg is set to join Daniel Ricciardo on the back row of the grid at Monza after the Renault F1 team driver took a complete set of new power unit elements on Friday.

Ricciardo is expected to start the Italian Grand Prix in 19th, with Hulkenberg behind him on 20th.

This was decided in FP1 because the Australian was the first driver out on track and thus the first to use the replacement elements, having just beaten his 2019 Renault teammate to the end of the pitlane.

Hulkenberg already took a new power unit in Belgium, and was thus one of four drivers demoted to the back.

However, he then received a 10-place grid penalty for Monza after the first corner crash, so the Enstone team has decided to take advantage of the situation and add more new elements to the pool.

This should enable Hulkenberg to get to the end of the season without further penalty.

As planned, Ricciardo has also taken a complete set of new elements, and he’s using Renault’s new Spec C, while Hulkenberg has stuck with the Spec B as the team prioritises reliability.

Ricciardo’s teammate Max Verstappen is expected to take a Spec C V6 on Saturday – but he won’t get a penalty as he has only used two examples thus far this year.

Despite his Monza sacrifice, Ricciardo expects to still take another new power unit, and hence face further penalties, before the end of the year.

Although Verstappen can take his next V6 and MGU-H without penalty, RBR team boss Christian Horner has admitted that the Dutchman will nevertheless face penalties at some stage before the end of the season.