Ricciardo and Hulkenberg finished FP2 in 17th and 18th places respectively, which will become their grid positions for the Japanese GP if qualifying is not run as scheduled at 10am on Sunday following the cancellation of Saturday's track action.

Renault has enjoyed a strong run since the summer break, consistently getting both cars into Q3.

But on Friday afternoon, the team opted to go for qualifying-spec soft tyre runs late in the 90-minute session when most drivers had opted to go early, which meant the track was busy with rivals who were on long runs.

“Our run sequence was basically out of sequence,” said Hulkenberg. “And we wanted to run low fuel and put lap times in at the end when we thought the track would be rubbered in and its best.

"But obviously all the others were on high fuel, and we couldn’t get the laps, in because we kept hitting cars in traffic.

“One of those things obviously, with hindsight it’s easy to say it’s wrong how we did it, but equally it didn’t work. If we don’t get qualifying, we’re very compromised.

“It was down to the unusual session, lapping out of sequence, run plan and schedule. That’s not the real picture. But it’s been a challenging day also with the car in terms of balance and harmony.

"So, we’re not as bad as 17th or 18th, that’s due to circumstances, but even the top 10 seems challenging right now.”

Renault’s quest for a good balance was complicated by a new front wing that the team introduced for the Japanese GP weekend.

“Today seemed a bit tricky in the afternoon,” said Hulkenberg. “Other people seemed to have quite a bit of pace, and for me the balance wasn’t quite together.

"This is obviously quite a balance circuit, but of course it’s a compromise with how P2 especially unfolded. In the morning, I felt pretty good, but somehow that faded away in the afternoon.

“It was a bit of both front and rear axle, not talking to each other in a good way! Not as connected as I would like them to be.

“We now have a lot of data and maybe we can find some stuff and re-optimise around that and have a good chance. We’ll have a good look and analyse everything that happened today.”

Ricciardo admitted that the team hadn’t expected to find its cars close to the bottom of the order.

“Obviously we expected to be further up and I think we had the car to be further up," he said. "We got a little bit out of sync at the end there, trying to get the laps in when the others were kind of on their long runs. Caught up in a little bit of it. I think generally though the afternoon was better.

"The morning wasn’t that strong. I wasn’t too comfortable with everything with the car and I felt we were quite a bit off so we did make progress this afternoon. Hopefully the weather is good enough Sunday morning to qualify, that’s the main thing, and then obviously we can race.”

Ricciardo didn’t blame the new wing for hampering his day, adding: “I think the morning we had a bit of back to back running, I think for a big part of the morning, data gathering, which took a bit of track time away from us.

“But in the afternoon I think we had pretty good speed out of the box, it was a lot better. But then we got caught out trying to do the laps too late.

“On paper we’re not there, but I think the times – probably not on Carlos [Sainz]'s pace because he was pretty quick, but around the top 10.

“We made some changes this morning which helped so I think we’ll go another step in the direction we went, and we just have to see with downforce, if it’s going to be wet, and probably add some downforce, so we’ll see what the weather is doing.” 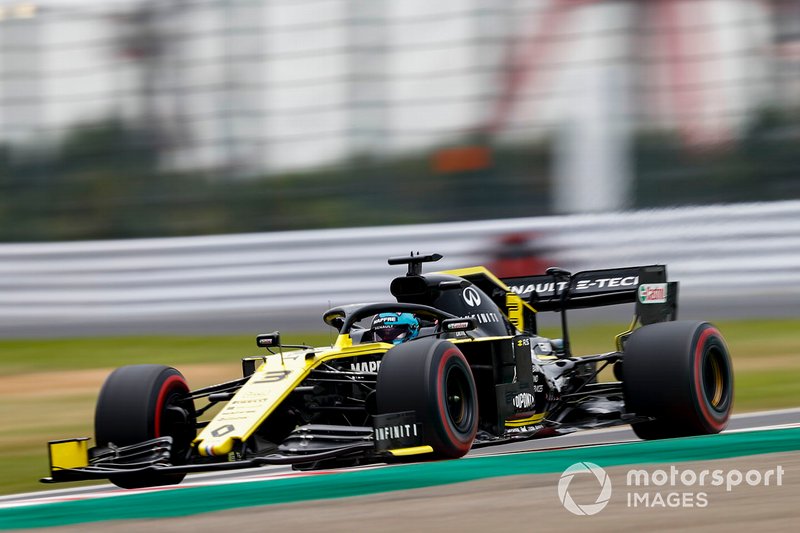 Hamilton: Ricciardo "far too talented" to be Mercedes F1 reserve in 2023