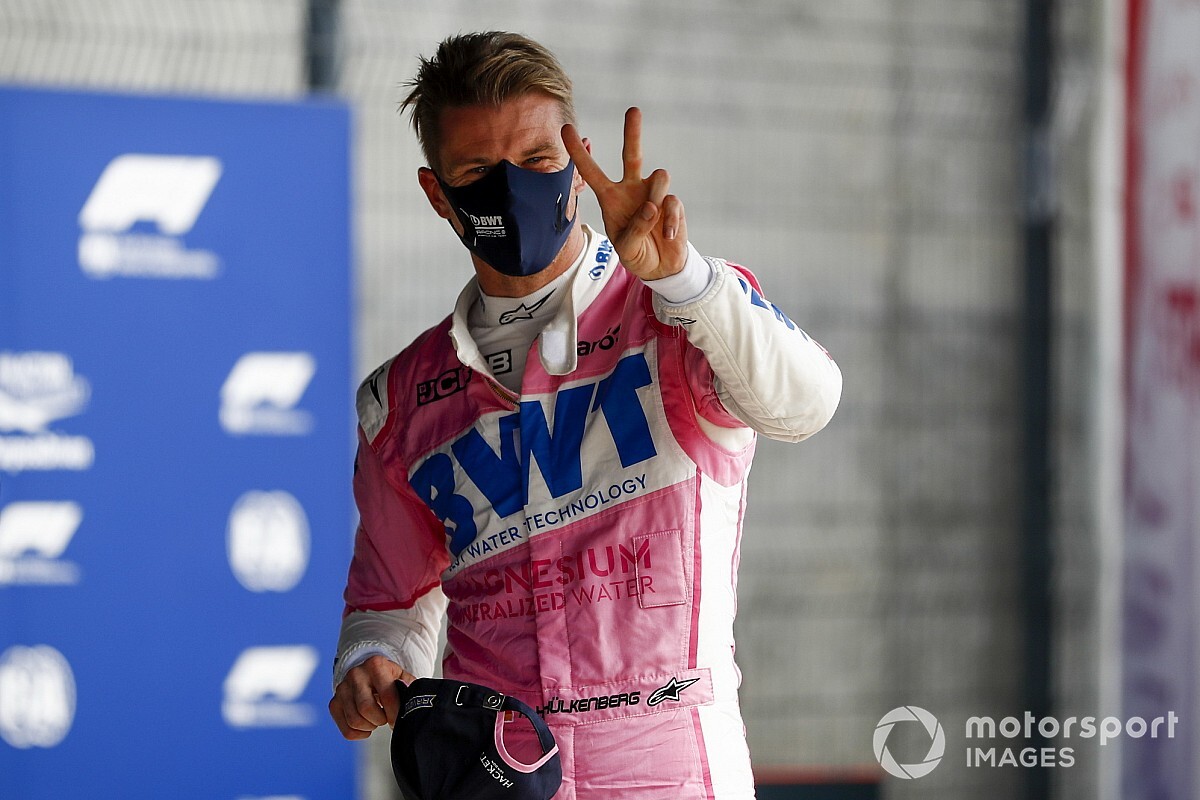 Nico Hulkenberg admitted he was "surprised" to have qualified third for the 70th Anniversary GP as he feared that he had damaged his car by going off.

Hulkenberg, who missed last week's British GP due to an engine issue and was only confirmed as replacement for Sergio Perez on Friday morning, will start behind works Mercedes duo Valtteri Bottas and Lewis Hamilton.

Hulkenberg progressed through Q1 in ninth place, but was only 14th after the first runs in Q2 having run off the road at Becketts.

However, he then recovered with a superb second place on the second run to get through to the final session.

"A crazy last seven, eight days or whatever it is now," said the German. "Last week the high to come back, and then the low on Sunday, so very extreme. This weekend I felt much better obviously, in the car, much more prepared.

"Qualy was still tricky. In Q2 I made life hard for myself a bit, and I was a bit scared that I damaged the car.

"And then Q3 was just head down, full beans, whatever I had. A bit surprised to be honest to stand here, but obviously a big smile on my face. But also a lot of respect for the race tomorrow."

Hulkenberg admitted that a race distance would be a test of his fitness after his limited opportunity to prepare since last weekend.

"That's definitely going to hurt some more, not having last week's experience, and not having gone through the motions there with the start and everything, because it's still new with this car. But we'll do what we can. I'll try to learn fast and to keep the car where it deserves to be."

Asked if he'd boosted his prospects of landing a seat for next year he said: "Well it's only Saturday, there's always Sunday obviously that matters most. It's definitely one of those nice little highlights, but it's no time to cheer yet, because tomorrow is the big day."