© 2021 Motorsport Network. All rights reserved.
TV Buy tickets Store
Previous / Mercedes: Honda will "give it a big go" in its final F1 season Next / Which Grand Prix are you? Take this test to find out
Formula 1 / Emilia-Romagna GP / Breaking news

Kvyat's Imola result not down to luck - AlphaTauri 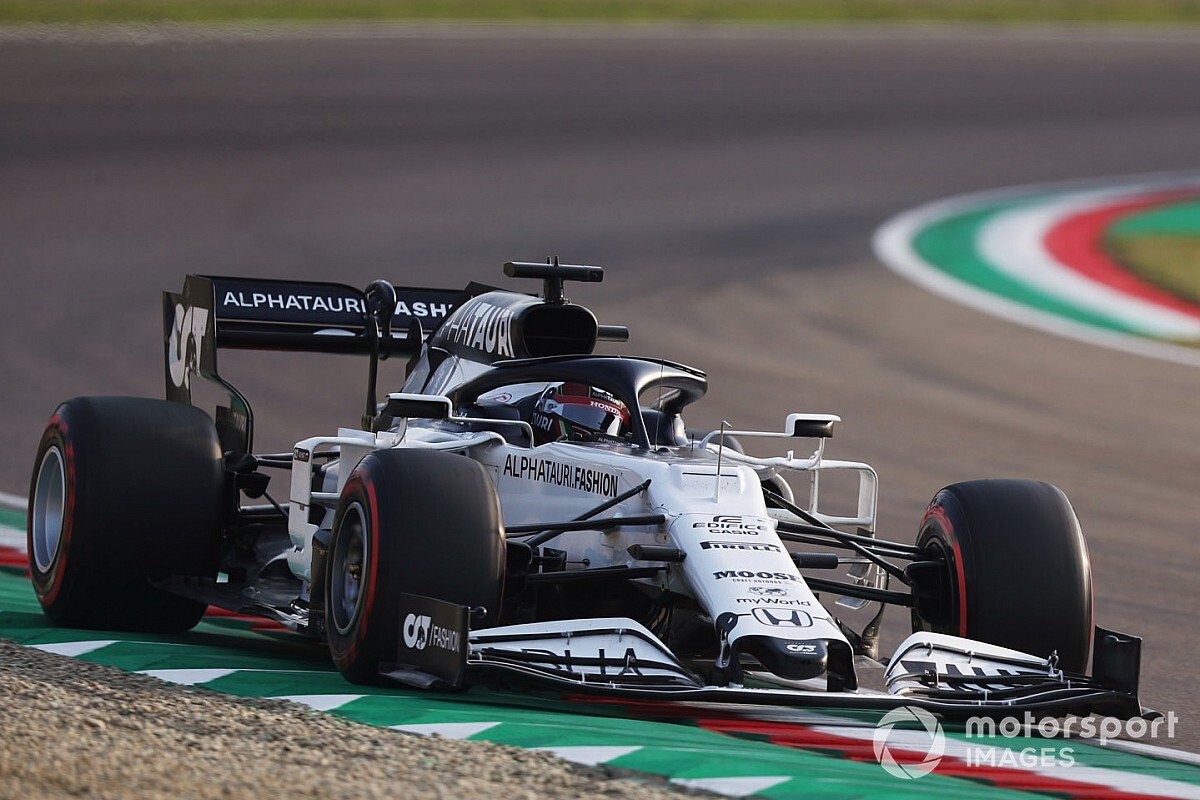 The Russian was running in eighth place when Max Verstappen’s puncture and spin triggered a late safety car.

The next three in line, Daniel Ricciardo, Charles Leclerc and Alex Albon, opted to stay out on hards.

AlphaTauri decided that soft tyres would give Kvyat a boost, and he took the restart in seventh immediately behind Perez.

When action resumed Kvyat did a better job than the Mexican on the softs and, having passed both the Racing Point and Albon’s Red Bull, he then pulled off a superb move to take fourth place from Leclerc’s Ferrari. However he was not able to relieve Daniel Ricciardo of third.

“Let me say it in this way, we were not lucky, we took the right decision,” said Tost. “Because all the other teams could have done the same.

“Some of them did it, some not. And we did it, and we got something out of it, three places at the end, because he was seventh and afterwards he was fourth. He overtook Perez, Leclerc and Albon, and finished on the fourth position, just behind Ricciardo.

“And more laps to go I think he could have had a good chance also to overtake him.”

Regarding the pass on Leclerc, Tost said: “It was a fantastic move. Daniil was, also yesterday in the qualifying, very good. He likes this track, he was very happy with the car, and he showed a real, real good performance.”

Finishing ahead of the Ferrari also gave AlphaTauri a useful two-point gain on its Italian rival in the battle for sixth place in the constructors’ championship, with the Maranello outfit currently just 14 ahead. However Tost played down the significance of the fight.

“We are not concentrated on Ferrari, we do our best possible job,” he said. “And then we will see what at the end would be the result.”

Heading to the next race in Istanbul, Tost is confident that the car has proved that it can be quick everywhere.

“And these tracks have different characteristics. So I am positive that we will have a competitive car in Istanbul, but of course first we must be there, and after FP2 I can tell you more.

“It’s a very demanding track, especially for the tyres, you must be careful, there’s long and very fast corners as we all know.

“And temperatures are quite low. I looked at the weather forecast, and it could be that it’s also wet. We will see, it will not become an easy exercise.

“I also don’t know how the track is, because I haven’t seen it in nine years. Is it bumpy or not? I have no idea. It will become a challenge for all of us.”

Mercedes: Honda will "give it a big go" in its final F1 season

Which Grand Prix are you? Take this test to find out