Win lifted "quite a bit of weight" off Leclerc's shoulders 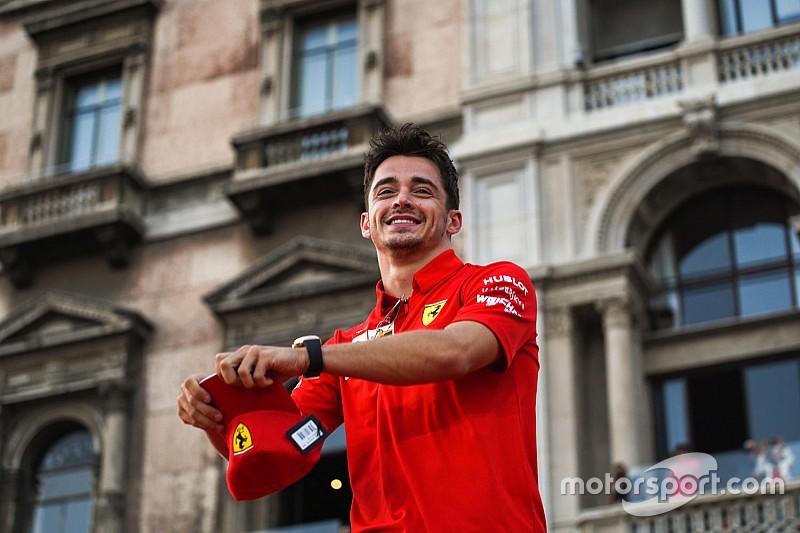 Ferrari's Charles Leclerc believes his first Formula 1 win takes "quite a bit of weight" from his shoulders after a first step that is "always difficult to do".

Leclerc held off Lewis Hamilton to win last Sunday's Belgian Grand Prix and atone for near-misses in Bahrain and Austria earlier in the season.

Ahead of Sunday's Italian Grand Prix at Monza, where he arrives as Ferrari's only race winner in 2019, Leclerc said: "I am very happy this first win is done.

"It's always difficult to do this first step but once you do it, it takes quite a bit of weight out of your shoulders.

"I am very proud, but not much time to think about it. We are already here only four days later in Italy and we need to focus fully on the job we have to do here."

Leclerc only held on by 0.9 seconds ahead of Mercedes' Lewis Hamilton at Spa, having struggled compared to the world championship leader in the second stint.

He said the nature of that grand prix plus the loss of his friend Anthoine Hubert in a fatal Formula 2 crash on Saturday made it a "very tough weekend".

"But we managed to put everything together," said Leclerc.

"There was great teamwork between myself and especially Seb [Vettel] who did the job keeping Lewis behind for a few laps that were very helpful for me towards the end of the race."

Four-time world champion Vettel admitted he was reduced to a "roadblock" role in the Belgian GP after struggling to match his teammate for pace and tyre management.

Vettel's winless streak in F1 has now passed a full year, having failed to score a victory since the 2018 Belgian GP.

Leclerc is building momentum in the intra-Ferrari battle, and Vettel said: "I think it is positive that he has surprised probably a lot of people outside.

"Inside, he has been with Ferrari with the driver academy for a while.

"It was clear to see he has a lot of potential, he had a strong rookie season with Alfa [under the Sauber name in 2018].

"It's good to see that he is right on the pace straight away and from the team's point of view what is important is we work together and not against each other.

"That seems to work and that is the important thing. It was a big weekend for him last weekend even through it was overshadowed by circumstances."