Charles Leclerc has admitted that he upped the aggression with his racing at the British Grand Prix in the wake of losing victory in Austria when he was barged out of the way by Max Verstappen. 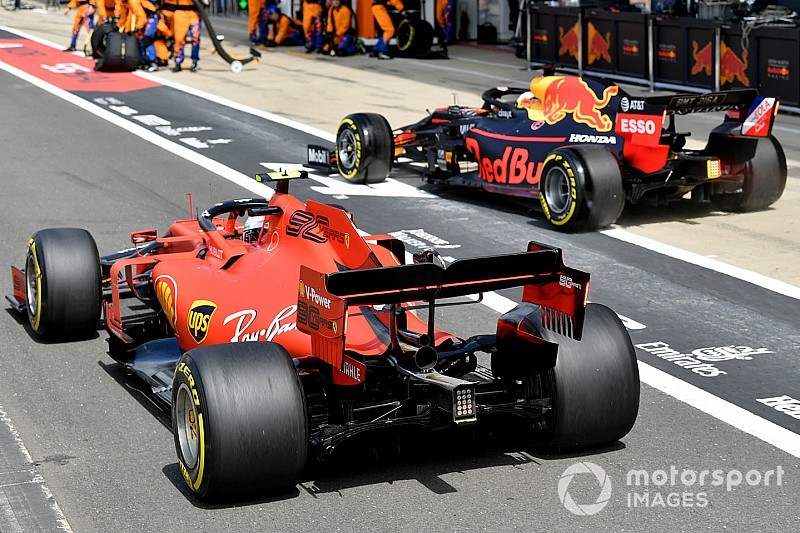 The Ferrari driver banged wheels with Verstappen at the Red Bull Ring a fortnight ago in an incident that the race stewards deemed was inside the regulations.

Leclerc said he would respond to that decision by being tougher than before on track – and that is how things played out when he delivered some robust defensive moves against Verstappen at Silverstone.

Verstappen reckoned that Leclerc was "still sore" after Austria, and the Monegasque driver confirmed that he was driving differently now – although not just against Verstappen.

“Nothing personal, but after Austria I said if the stewards accept us to race this way, then I'm more than happy to race like this,” explained Leclerc. “This is what I did this weekend.

“So nothing special. I just raced harder than normal just because I felt like in the last two races, or maybe a bit before, that Formula 1 wants hard racing and I think us drivers are pushing for hard racing. That's why we enjoy the most to be racing like that and that's what I did.”

Leclerc said the battles he had at Silverstone left him enjoying the grand prix more than any other.

“It was very difficult,” he said. “At the moment I think with our quali pace we can do strong things but our race pace we need to work.

“Red Bull seems to be better at keeping the tyres for longer and that’s why I tried to keep Max behind me for so long.

“But in the car it was definitely probably the most fun race I’ve had since I started in F1. It was very, very enjoyable, very hard racing that was always borderline but still within the rules and I really enjoyed that fight.”