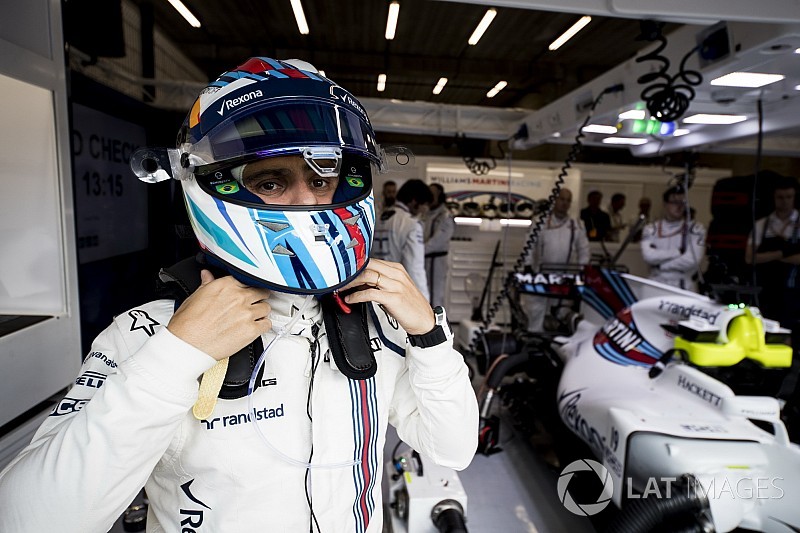 In his latest column, Williams driver Felipe Massa says his eighth place in the Belgian Grand Prix felt like a win - but admits the penalty for ignoring yellow flags soured his weekend.

It was during these days 12 months ago that I was preparing for my arrival at the Italian Grand Prix full of emotion, ready to announce my retirement. This time around I’m getting ready for a normal racing weekend with Martini Williams Racing, even though whenever I’m at Monza I always have a special feeling.

The Italian Grand Prix is my second home race, and I have always enjoyed great support from Italian fans, both in F1 and in my junior single-seater career.

When I left Brazil to start racing internationally, and competed at Monza, I always dreamed of climbing up on that famous podium with the public pouring on to the track after the chequered flag.

You always hope to succeed in F1, and to be get to the top three, but the last four races have been quite a struggle for us with the problems we have had in qualifying.

Our run of difficulties started in Austria, and things have not really improved at Silverstone, Hungary nor Spa. It is a pure pace problem and we still do not know the causes – especially because the situation is made quite strange by the confirmation that, in race trim, the performance returns to the car.

In Belgium I took an eighth-place finish that felt both to me and the team like a victory – especially on a weekend where we didn’t seem to have the pace of our direct opponents like Renault, Haas and Force India.

There is a lot of work going on at our team to try to work out what needs to be done to get back to being the fourth-best team in the championship, and my opinion is that there is more than one reason for the problems that have led to use losing performance in recent races.

The upgrades that we took to the Red Bull Ring weekend did not move us forward as much as we had hoped, and our direct opponents took a bigger step forward at the same time. All of this combined has put us in a bit of trouble.

The Belgian GP weekend was not a simple one for me. I was back in action after missing the race in Hungary because of dizziness problems, but things did not get off to a good start.

In my hurry to regain a good feeling with the car, I made a mistake and put the car in the barriers on my very first lap. It was something we definitely did not want, because there was a lot of work to do to fix the car and, at the same time, it prevented me from completing a normal work programme.

In addition to all that, many people wrongly put my mistake down to the physical problems I had had in Hungary. This was totally incorrect and annoyed me a little bit. I reassured everyone who asked me that these two things were totally unconnected and I had just made a simple mistake.

When I got back to action on Saturday I calmed everyone down and confirmed that I was ready to drive and do a good job. Confirmation that everything was fine came on Sunday, where I did the best possible effort considering our starting position and the performance of the car.

I left Spa with four points, but still with a little bit of bitterness for a penalty I was given for missing yellow flags. I had been completing a long run at the time, and didn’t need to push to the maximum.

So when the team told me ‘single yellow flag, car stopped off track’, I paid attention knowing that this was not a particularly dangerous situation. Instead, I found that it was a double yellow flag, and when that happens things are treated very differently.

I went through the sector four tenths slower than my fastest lap, so if there had been a single yellow flag, my behaviour would have been correct. But the pace was too quick for double yellows.

I was summoned to see the stewards and, although they listened to the radio communications between me and the team, they gave me a five-place grid penalty and three penalty points on my licence.

The punishment I think was a bit excessive considering it was not my mistake, and that less severe penalties have been handed out in the past for more dangerous episodes.

I’ve always been very careful about safety in F1, and I think I have always been one of the drivers who had the fewest points on his licence. But on this occasions I could not do much more to convince those who judged me about my good intentions.

Bottas has "no answers" for Spa struggles