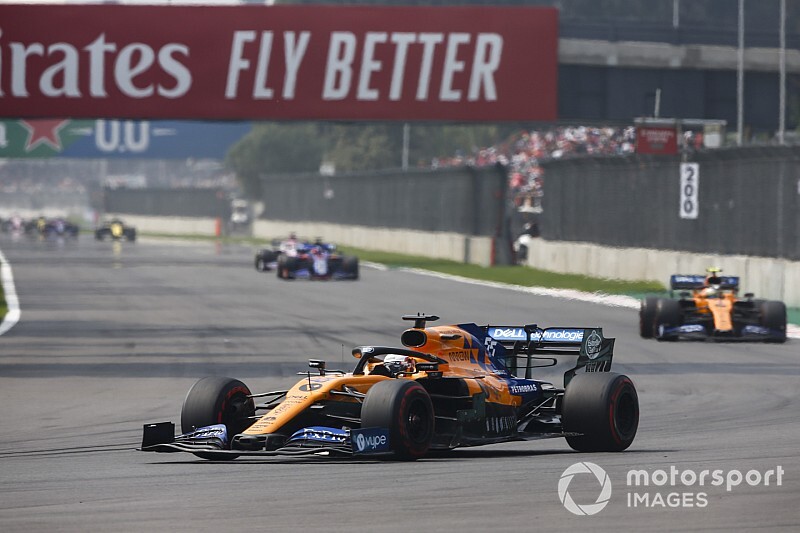 McLaren Formula 1 team boss Andreas Seidl says that the Woking team has to learn from a “painful Sunday” in Mexico, which served as "a reminder" that it still needs to improve.

After the car looked strong in practice and qualifying, both drivers struggled badly on switching from the soft to the hard tyres, and Carlos Sainz could finish only 13th.

Lando Norris lost a lot of time in a botched pitstop, and later the team opted to retire his car to preserve mileage.

It was the first time that McLaren had failed to score since Spa, having had a car in the top six at seven of the previous 10 races.

“A painful Sunday for us, after having several good race weekends or good Sundays,” said Seidl. “For different reasons.

“First of all, especially on the hard tyres, we didn’t have the pace we have seen in the last two days with the car. It is something we need to analyse and understand, if it was related to track temperatures being higher, or something else.

“Then obviously after having good starts with both cars, having the pitstop issue on Lando’s car destroyed his race and his race was over. We later on decided to stop his car since we are running several parameters of the car at the limit, and we didn’t want to risk any damage.

“Definitely in terms of pace it was a setback. And actually it was the first time in quite some time that we have seen a different pace on Sunday compared to the other two days of the weekend so we simply need to analyse what the issue is.

Seidl stressed that Norris has borne the brunt of the team’s bad luck this year, and said it was "important to mention" that both drivers have been performing well.

He admitted that the team was fortunate to concede only five points to Renault in the battle for fourth in the constructors’ championship. It now has a 38-point advantage with three races to go, but Seidl says he’s taking nothing for granted.

“Going away from here, I think we can be lucky that we didn’t lose any more points in the constructors’ championship because the top six cars finished and points behind were well distributed between teams.

“As we always said it is not done until it is done because you just need a strange race and suddenly someone scoring big points."

FIA to review placement of barrier that irked Bottas

Tech insight: Why Austin’s challenge is so different to Mexico’s