Bottas forced to switch back to old-spec engine

Mercedes faced fresh drama with its latest specification power unit in Austria on Friday morning when Valtteri Bottas was forced to switch back to an old power unit after an oil leak was discovered on his Phase 2 version. 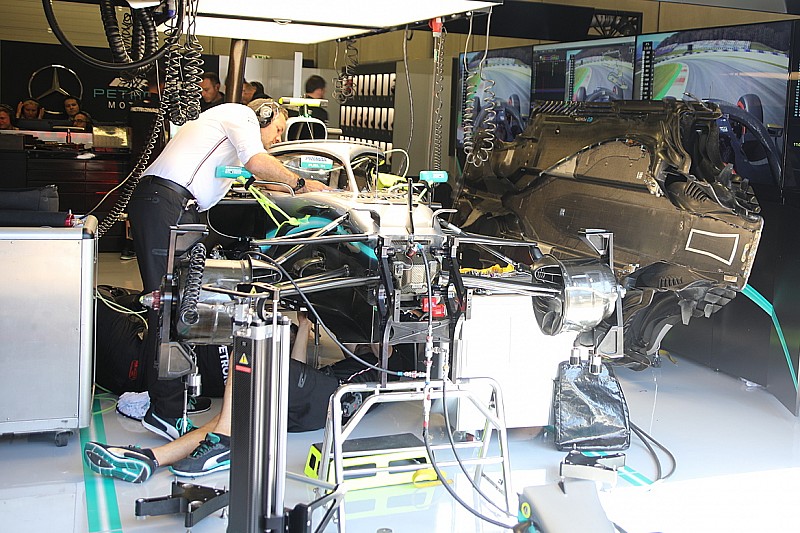 Shortly before the opening practice session got underway, Mercedes was forced to make a swift change of engine on the Finn's car after the issue was discovered.

It is the latest in a run of niggling issues that have emerged with the Phase 2 engine ever since it was introduced for the first time at the Canadian Grand Prix.

In Montreal, Lewis Hamilton had a nervous build-up to the race when Mercedes discovered an hydraulic leak that needed fixing in the hours before the start of the grand prix.

That was the same weekend that Lance Stroll suffered a fiery failure in his Racing Point during practice, which was eventually traced back to a spark plug problem.

Last week in France, Hamilton's mechanics had to work hard to fix a sensor problem that was discovered before qualifying, while the control electronics and energy store in George Russell's Williams were also changed ahead of qualifying.

Speaking ahead of this weekend, Mercedes boss Toto Wolff was clear the the German car manufacturer had to get on top of the problems with the engine before it hit trouble in an actual race.

"This year, our race finishing record has been good, but it would be complacent to ignore the fact that for two weekends in a row now, our mechanics had to perform the equivalent of "open-heart surgery" on our cars," he said

"We've faced a number of different issues on different components, each of which could have easily caused us to retire, so we need to get on top of those challenges as quickly as possible. "