Toto Wolff says his Mercedes Formula 1 team’s recent victories feel like a “great reward” given the “occasional slaps” it is receiving from Ferrari in qualifying.

A Ferrari has started from pole position in every race since the summer break, while Mercedes last topped a qualifying session in Germany in July.

However, Mercedes drivers Lewis Hamilton and Valtteri Bottas have still managed to win the last three grands prix between them.

Wolff said: “On raw pace they [Ferrari] have the quickest package at the moment. But Sundays don’t seem to come together for them.

“We like it. We are hungry to continue as we’ve done. Maybe getting these occasional slaps in qualifying helps to improve.”

Asked by Motorsport.com if those “slaps” made the wins extra satisfying for Mercedes, Wolff replied: “Yeah, I think it is great reward for the team to still be able to put together a team and performance that put us in position that we’re able to win the races on Sunday when it matters.

“But it still doesn’t feel great when you know you’re not able to qualify in front.”

Mercedes last defeated Ferrari in qualifying in the Hungarian Grand Prix in the summer break, with Ferrari quickest in five of the six qualifying sessions since then.

Though Charles Leclerc won from pole position in Belgium and Italy and Sebastian Vettel won in Singapore, Ferrari threw away its qualifying advantage in Russia, Japan and Mexico.

At the last race in Mexico, Mercedes outgunnned Ferrari on strategy and Hamilton was able to vault from fifth on the road to score his 10th win of the season.

Wolff said: “I think it’s not only about being more clever. We have a very strong race car on the Sunday, with a lot of pace. This is the reason we’re able to overcut or undercut.

“Great drivers and good strategy you add that and that gave us these three victories. [But] clearly we’re missing something on pace on Saturday.” 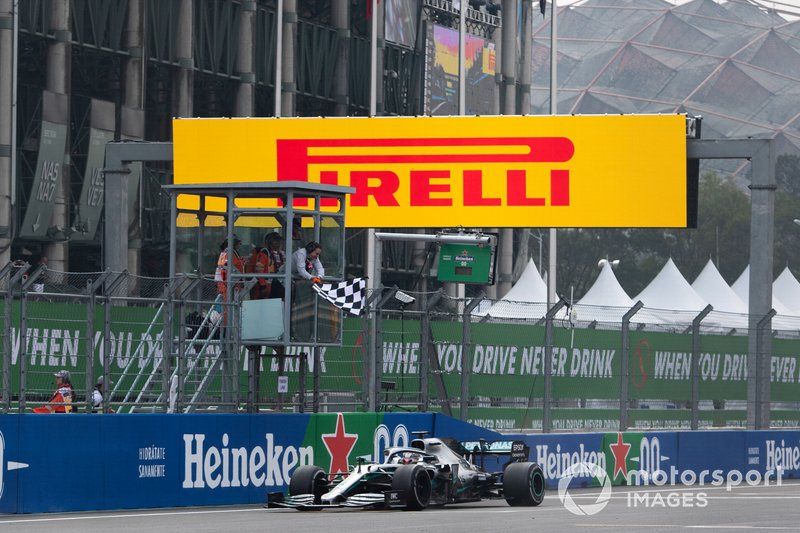 No deadline for teams to sign new Concorde, says Carey