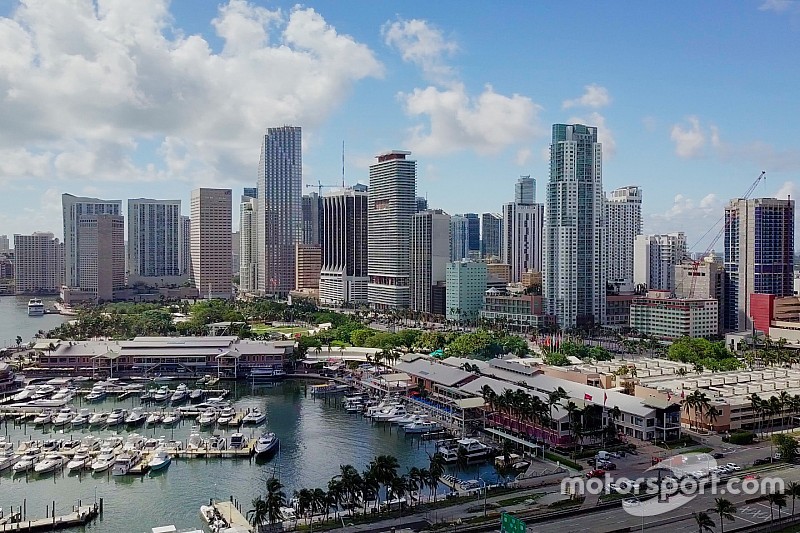 The Miami GP could take a step closer to becoming a reality next week when a meeting of the City Commission votes on the proposed 20-year contract for the race.

In an earlier vote the City Commission voted to authorise the City Manager to negotiate a contract with the F1 organisation, with a self-imposed July 1st deadline.

It's that deal that will be discussed at the upcoming meeting, which will take place on the morning of July 26th.

A legal notice about the upcoming meeting reveals that in addition to the initial 10-year arrangement - which actually covers 11 races - there is an option to extend for a further 10 years.

The notice says that deal is "for a 10-year contract for the running of the Formula 1 Miami Grand Prix starting in October of 2018 with a Fan Festival at Bayfront Park and commencing with Formula 1 Grand Prix Racing from October 2019 through October 2029 with an option for a further 10 year extension."

Four of the five commissioners must vote in favour of the contract for it to be approved.

While they have already expressed support for the race it is by no means a given that they will rubber stamp the final plans, as there has been some opposition from residents.

Mayor Francis Suarez, who is a big supporter of the event, will not get a vote.

The notice also says that the vote will involve a resolution "authorising the city manager to execute the host city agreement, in substantially the attached form, by and between the City of Miami, the Bayfront Park Management Trust, South Florida Racing, LLC., and Formula One World Championship Limited."