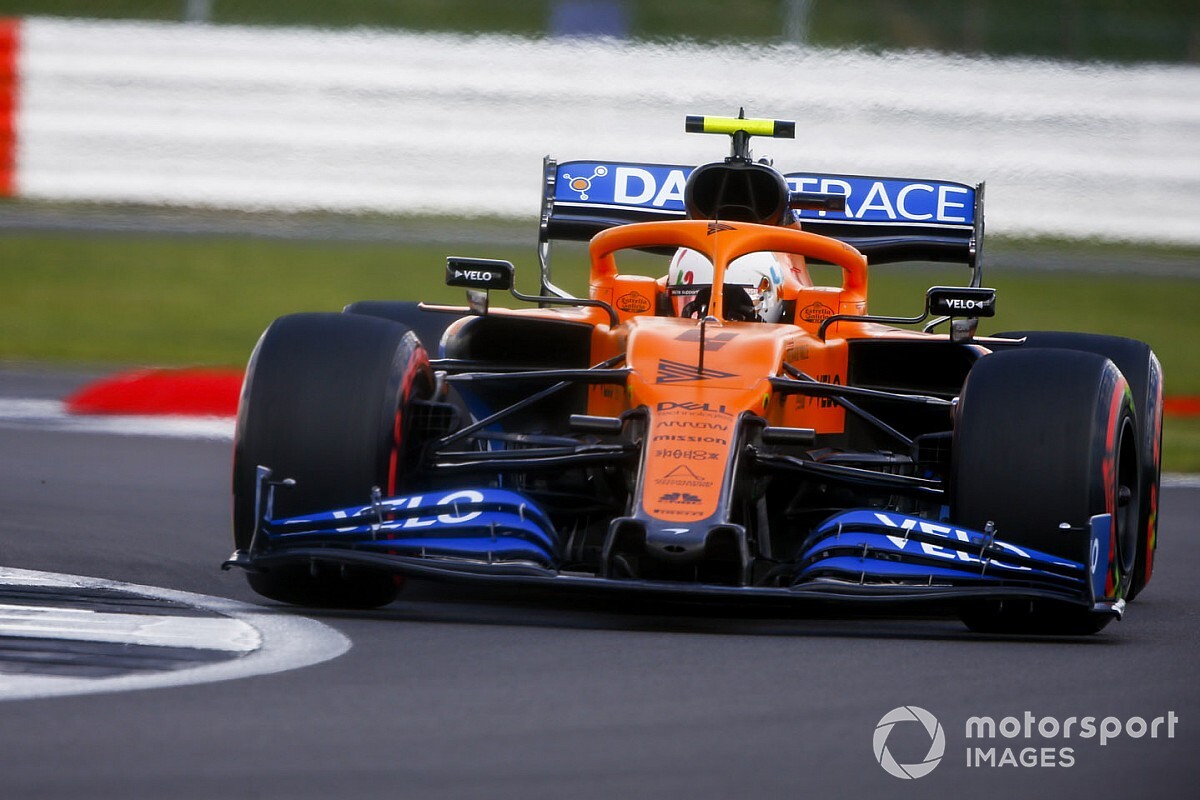 McLaren's Lando Norris says stopping overdriving on his final laps in qualifying for Formula 1's 2020 British Grand Prix helped him finished fifth after nearly being knocked out in Q1.

Norris was 15th in the standings at the end of the opening part of qualifying – the last spot to move on to Q2 – as he was "overdriving slightly", which caused him to make "too many mistakes, not putting it together".

He eventually took fifth in Q3, his second top-five grid spot in the opening four races of the 2020 season, two places ahead of his teammate Carlos Sainz and just in front of Lance Stroll's Racing Point.

"It's not like I'm under-driving and kind of saving it in any way, I was almost the opposite," he said when asked if he had been building towards producing his best effort at the end of qualifying.

"I was trying too much in Q1 and Q2 – therefore making the mistakes, especially with the wind.

"I felt like the more you tried hard to nail everything, the worse it got because you'd just have a little bit of wind that would just push you over the limits.

"So I almost drove a bit more under the limit.

"I'd have a little bit of oversteer or something, but it wouldn't be something that cost me two tenths and I would make a big mistake because of it.

"It was just a bit scrappy [in Q1 and Q2], but only because I think I was overdriving more than underdriving, and then performing well when it mattered."

McLaren team principal Andreas Seidl praised Norris and Sainz for their consistent qualifying performances so far in 2020 after they both reached Q3 for the fourth race in a row.

He said: "I have a lot of respect for what Carlos and Lando are pulling off each weekend.

"We have been now four times in a row with both cars in Q3 and it just confirms that the two drivers we have is simply a great asset that we are having here at McLaren.

"I think [that is] also simply an advantage compared to some other teams."

Seidl said McLaren was "not fully happy with where we ended up" after Friday practice, but explained overnight changes that team made on to its aerodynamic and mechanical set-up boosted the drivers going into qualifying.

"I have to say the team did a great job again together with both drivers overnight making the right calls and changes to the car, which put us in this grid position today," he explained.