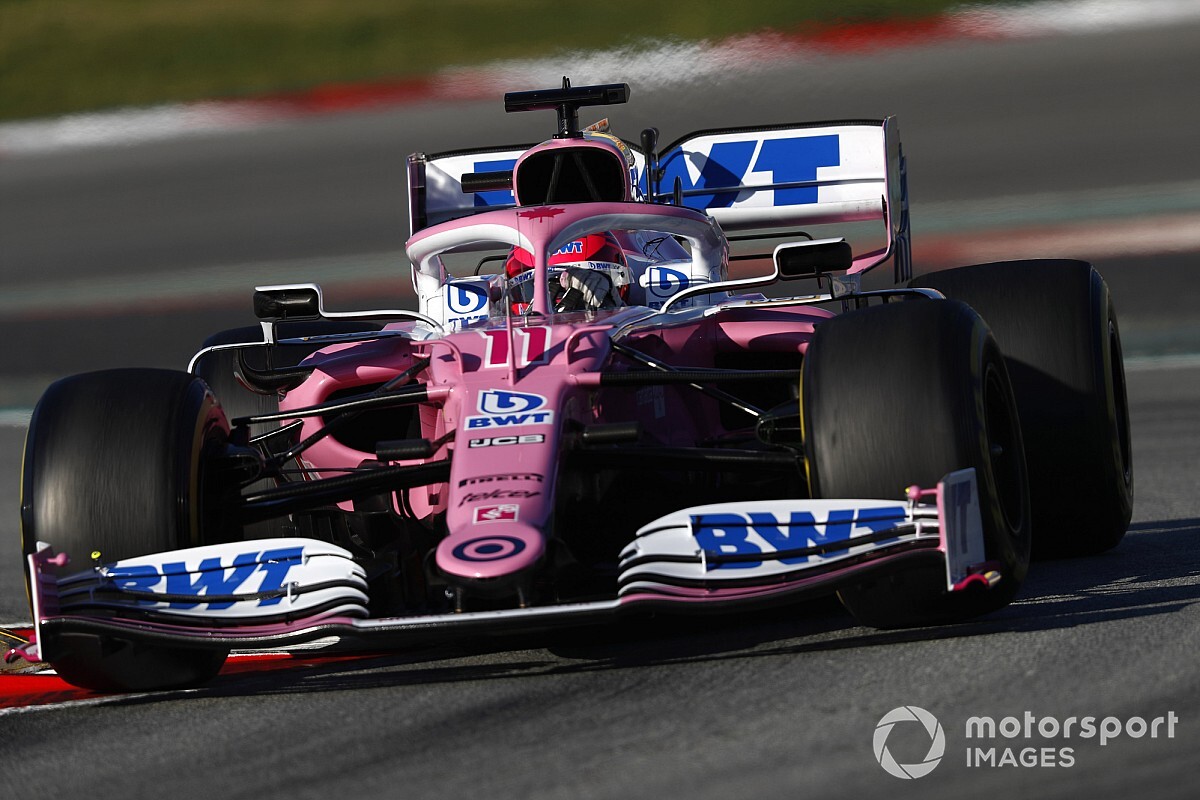 Racing Point technical director Andrew Green has revealed the FIA visited the team's Formula 1 factory to check its RP20 car against Mercedes' designs and was satisfied with the results.

The RP20 caused a stir in pre-season testing due to its close likeness with the W10 car Mercedes took to double world title success in 2019, with some paddock insiders dubbing Racing Point's car a 'clone' and a 'Pink Mercedes'.

There were also suggestions that the team's results would be protested in Melbourne before the 2020 Australian Grand Prix was aborted, and Renault has since said it has not ruled out a future legal challenge.

But Green defended the car's legal status in an exclusive interview with Motorsport.com.

"We don't really know what the ground is that they are thinking of protesting about," he said.

"When the car launched, we talked to the FIA about it, the FIA came round to the factory and looked at what we'd done and the designs of the car.

"They even took the design data from Mercedes for last year's car and checked it against ours. They did a thorough check.

"And they are completely happy that the car that we've got on track has been designed by us.

"It may have some similarities to the Mercedes, but it's just similar. It's not the same. And so there is no protest there.

"They can shout and scream as much as they want, but I think what they're actually shouting and screaming about is the fact that they've missed a trick. And that's what they're upset about."

The FIA confirmed Green's comments when contacted by Motorsport.com.

The RP20 is the first Racing Point car to be fully design since Lawrence Stroll's consortium bought the team and increased its resources compared to the end of the Force India era.

The car features the same low-rake philosophy Mercedes has deployed for years and means Racing Point has abandoned the Red Bull-inspired high-rake approach it has long run.

This had meant a significant design compromise to integrate the low-rake-fitting gearbox the team buys from Mercedes.

"There was no obligation to carry over a single thing in 2020, where there always had been huge pressure up until that point to carry over a significant percentage of the car - depending on the sort of financial situation we were in," Green said of the change in design concept.

"There was always significant carry over, and this year was the first time that we had a clean sheet and we could optimise what we were buying from Mercedes.

"Which obviously means a completely new car with zero carry over."

The full story of Racing Point's transformation from near-collapse to its upcoming Aston Martin era - as well as the team's firm defence of the RP20's legality - is included in this week's issue of Autosport magazine.

Hungarian GP would only happen behind closed doors