Raikkonen: Alfa needs to "tidy up" weekend to unleash potential 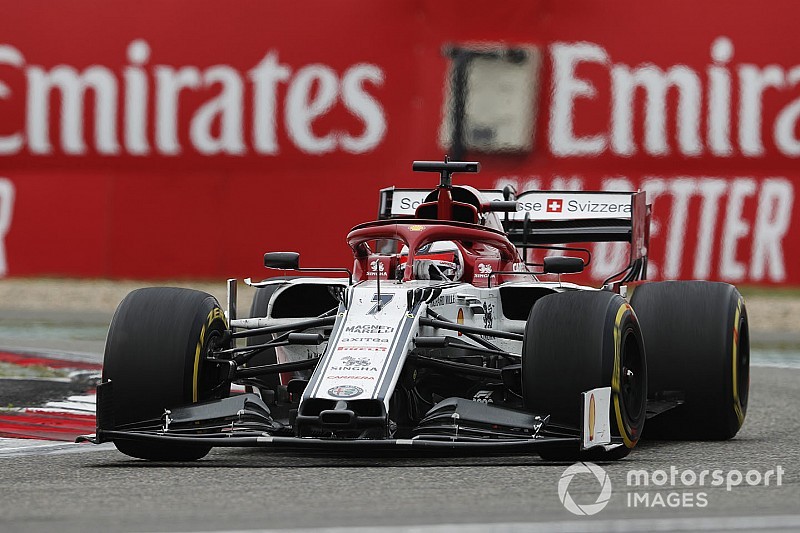 Kimi Raikkonen thinks Alfa Romeo can deliver much more this season if it tidies up its execution of race weekends.

The Finn has scored in the opening three grands prix of the Formula 1 season, and is just one point behind Red Bull's Pierre Gasly in the drivers' standings.

But he is adamant that his Alfa Romeo outfit can have even better results if it can eradicate the practice problems that have held it back from getting the most out of its car in qualifying.

In China last weekend, his teammate Antonio Giovinazzi lost practice time after an engine installation issue, before failing to complete a qualifying lap when he suffered an electronics problems.

This followed a frustrating time in Bahrain where both Raikkonen and Giovinazzi lost valuable practice time because of cooling problems.

Raikkonen is clear that if the team can get through practice trouble free then that will help it unlock more performance from its car in qualifying.

"Generally I think in the races we have been good but we started a bit far from our speed in my view," Raikkonen told Motorsport.com.

"We need to tidy up on Saturdays and overall the weekend, in practice, and make sure everything gets absolutely right. Then I think we can be more forward, because I think we have the speed. You try to catch up all race because you start behind."

Although finishing in the top top ten time out this year has been a good achievement, Raikkonen says he is not yet fully satisfied with how things have gone.

"You always want more," he said. "This I what we got, and happy or not – it doesn't change anything. If we could maximise everything over the weekend we could have got more."

The one part of F1 that really did get worse