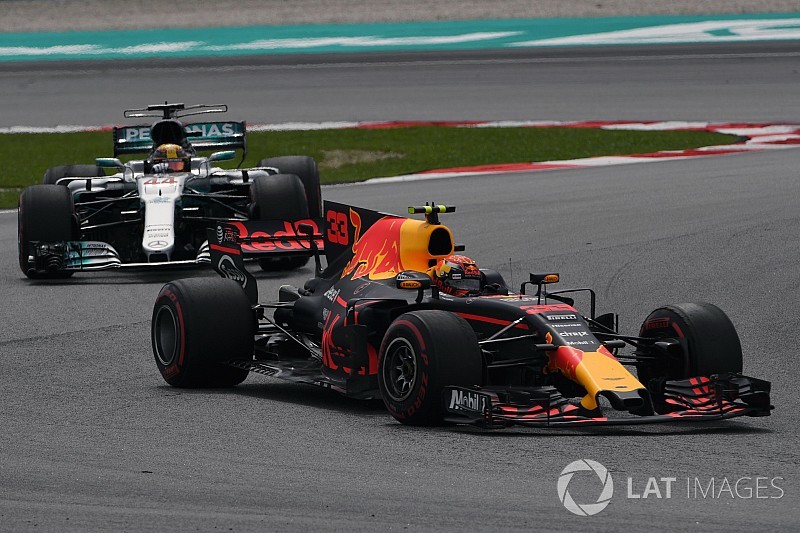 Red Bull motorsports chief Helmut Marko says the team now has "for sure" the best chassis among the cars making up the Formula 1 2017 grid.

The Austrian's claims come on the heels of Red Bull's most successful race of the year - the Malaysian Grand Prix, where Max Verstappen stormed to victory and Daniel Ricciardo took third.

Marko acknowledged that Red Bull's two drivers benefited from a troubled weekend for Ferrari, but suggested that the Milton Keynes team could have won anyway.

“Ferrari had problems,” he told Motorsport.com. “But our race speed was comparable, because in the end Sebastian was on supersoft tyres, and you saw that, when he was catching Ricciardo, he went too close and he ruined his front tyres, so that’s why he had to stop his attack.

“But the big satisfaction is to overtake Mercedes and pull away. It shows that the works that we did since our poor start in Melbourne pays off, and the development goes in the right direction. Chassis-wise, for sure we are the best now.

“We’re going in the right direction and getting faster and faster, the car is really good. If everything stays together, then Max or Daniel can achieve a podium, and maybe one or the other can win.”

Marko said that the Malaysia pace should not have come as a surprise – but cautioned that the team’s prospects in the remaining five races will be hampered by more power unit grid penalties.

"Suzuka should be a good circuit, but of course we will have more penalties. But the big thing is that Max’s bad luck came to an end.”

Marko added that this has been a tough season for the Dutchman: “It was difficult. He was just 19 years old [for most of the season], but I think it was character-building in a hard way.

"But he understood, and he adapted, and he took a different approach, and you can see it.”