Red Bull "has confidence" for Germany after Silverstone showing

Red Bull says it is heading to this weekend's German Grand Prix with some "confidence" about its chances judging by its strong pace at Silverstone. 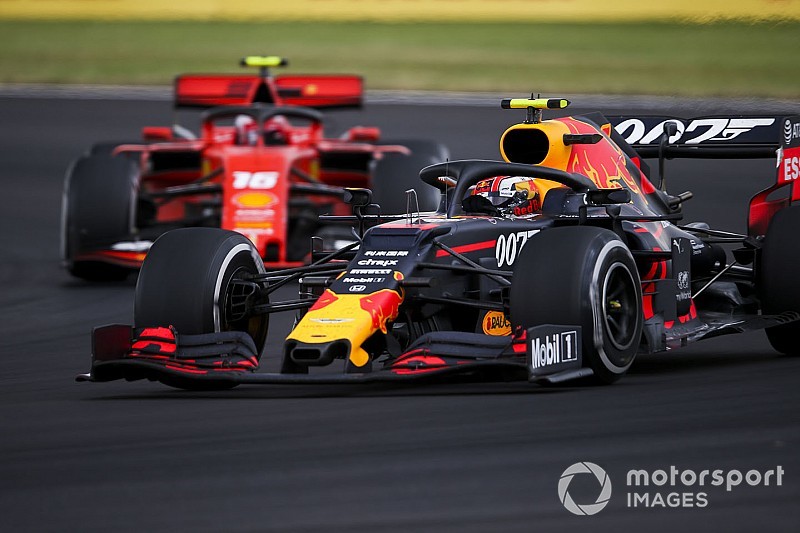 Although the team failed to take a podium at the British GP thanks to a collision between Sebastian Vettel and Max Verstappen, its form throughout the race indicated that it had the second fastest car behind Mercedes there.

Considering that Red Bull's engine supplier Honda is still playing catch-up against Mercedes and Ferrari, such a strong performance at the fast Silverstone circuit has delivered a boost heading to F1's double header in Germany and Hungary that should suit it even more.

"We have confidence going to Hockenheim given the performance [at Silverstone]," said Red Bull team principal Christian Horner.

"After Monza it is one of the most power sensitive circuits on the calendar. You are flat out on the lap for pretty much the equivalent of the entire Barcelona lap. So that is encouraging for us, and certainly for a circuit like Hockenheim that is less power sensitive."

Horner said that Silverstone showed that Red Bull was not losing too much time on the straights, and was also a good match for Ferrari in the corners.

"To be this close to Mercedes around that type of track that we know is power sensitive, and to be able to follow the Ferraris as close as we were able to through Maggotts, Becketts and Copse, Max was able to take some serious momentum behind the Ferraris there, and that is usually the sign of a pretty decent car."

Red Bull's form in recent races has been lifted by some small updates in the car – including a change to the front wing – which has helped deliver a better platform for its drivers.

And Horner has suggested that the true potential of its package was not even on display at Silverstone, thanks to a throttle lag issue in qualifying and then fighting with the Ferraris in the race.

"I think the last couple of races we have started to get some performance on the car and it has been working well," added Horner. "I think we definitely have unlocked some potential.

"The car behaved very well at [Silverstone] and high speed/low speed has been competitive. For Max to have been as close to the pole time as he was even without the [throttle] hesitations, maybe he would have got even closer.

"And then in the race we didn't see his true pace because he spent it stuck behind a Ferrari for 99% of it."