Red Bull handed Max Verstappen exclusive use of a new nose concept at the Austrian Grand Prix that hints at a fresh direction for the team in its push to bring more performance to its RB16.

While a raft of floor updates had been spotted during Red Bull’s filming day at Silverstone last week, the team added a revised nose design when it hit the track at the Red Bull Ring.

With the design having just been given the release from the factory, only two versions of it were available – and these were handed to Verstappen as a race part and spare.

Teammate Alex Albon has used the previous nose concept for Austria, but fully understood why Verstappen got the nod for the new nose this weekend. He hopes to have his own version for next weekend’s second race in Austria.

“Historically speaking, Max has had really good results here,” said Albon, when asked by Motorsport.com about the decision-making process behind the front wing.

“I cannot really fault the team for why they did it. But I think come the second race, I will have the parts as well. So I’m not too worried. I’m just focusing on the job I have right now.”

The new design utilizes a narrower pillar arrangement that mounts to the underside of the structure, rather than the sides. This is a similar idea to the design that Mercedes has used for a while now. 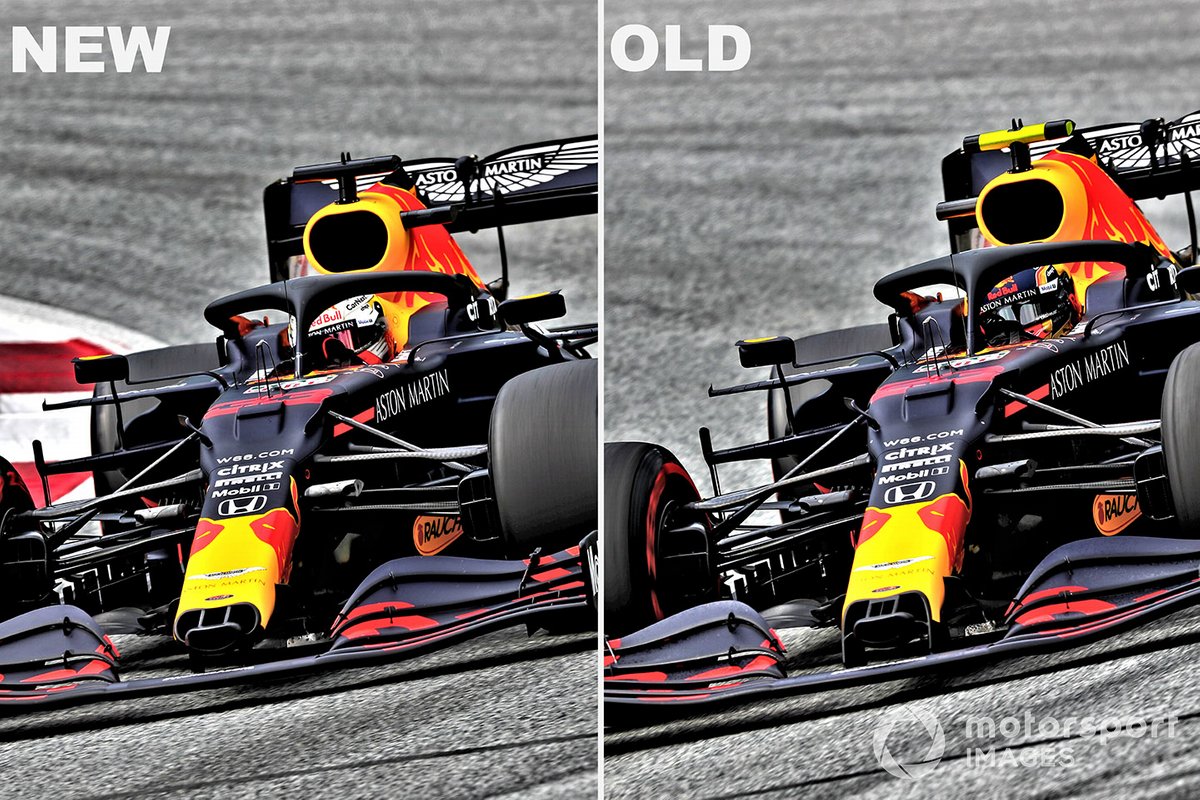 This change has also allowed the designers to have more freedom with the shape of the nose channels, as it has opted to create a rounded inlet, rather than the squared off sections on its other design.

Meanwhile, the ramped inlet on the bridge of the nose has been opened up into one inlet, rather than two.

The nose is considered a long lead-time item, due to the time it takes to manufacture and then potentially pass new crash tests, which is probably why Red Bull was only able to bring one version.

Although Verstappen ended up ahead of Albon in qualifying, the Dutchman was unsure about the actual lap time gain from the new nose.

“Well, there was only one set,” said Verstappen. “They gave it to me. I mean we are still understanding the difference between the wings but you know it's different philosophies behind it.

“I can't really tell you how much of a difference it is because I don't know. But yeah, we're learning, we're understanding different things.”