Daniel Ricciardo has praised Renault for putting aside the "frustrations" of having to abandon some of its new upgrades as it returned to form at the British Grand Prix. 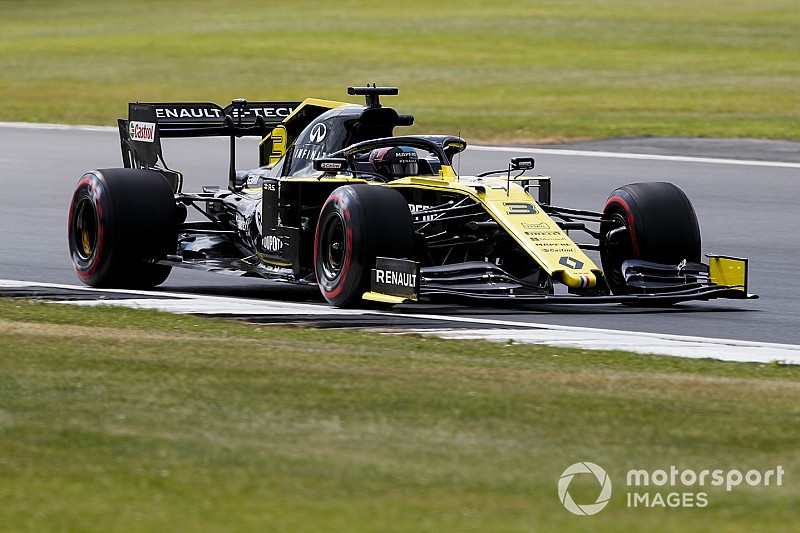 Following a deeply disappointing outing in Austria a fortnight ago, Renault went back on a set-up direction and decided to take off some of the new development parts that had arrived as part of a major French GP update package.

The changes worked, with Ricciardo qualifying a strong seventh at Silverstone and teammate Nico Hulkenberg ending up three places further back.

Speaking about the reasons for the turnaround since Austria, Ricciardo said that, as well as him feeling more comfortable with the set-up, the decision to abandon some new parts was also important.

“Some stayed on and some didn’t stay on... a bit of both for sure,” he said about the changes the team had made.

“It happens and it is frustrating because the team obviously work hard and push in the wind tunnel and CFD, so then when it doesn’t work on track it can be frustrating for the team. But sometimes as well, you have to accept that it doesn’t always happen and go back to something [previous].

“It also happened at Red Bull. Obviously Red Bull had a lot of pride of being very good at developing the car, but sometimes it didn’t quite add up as well. So I am not saying it is all a waste but not everything worked the way it was [expected to].”

Ricciardo said Renault’s pace at Silverstone, especially being so quick in the slow-speed corners, had given the team some encouragement that its car had good potential.

“Definitely the turnaround from Austria is encouraging,” he said. “We weren’t very encouraged after Austria and I felt we had a bit of work to do, so to bounce back in a week or so is really good for the team - just to give them the reassurance that the car can certainly work.

“We bought some updates in France and tried to push them in Austria, and we probably just went a little bit away from something more conventional.

“Before France, we built up some really good results and especially me, I started to get quite comfortable with the car. Updates are good and you welcome them, but I think they improved the car in some areas but gave us a few unknowns in others and it wasn’t black and white.

“We tried to run with them again in Austria and pushed them to their optimum limit, but the car wasn’t happy there. So we came back on a few things this weekend and tried to just go back to our base and a car we are more familiar with, and that is why we are a bit more comfortable.

“On paper it is not a track that should be good for us. I thought all the fast corners and all that, I thought McLaren in our battle were going to be the ones, and they were certainly close. I think we were a little bit of an underdog today and it is quite nice to get them.”