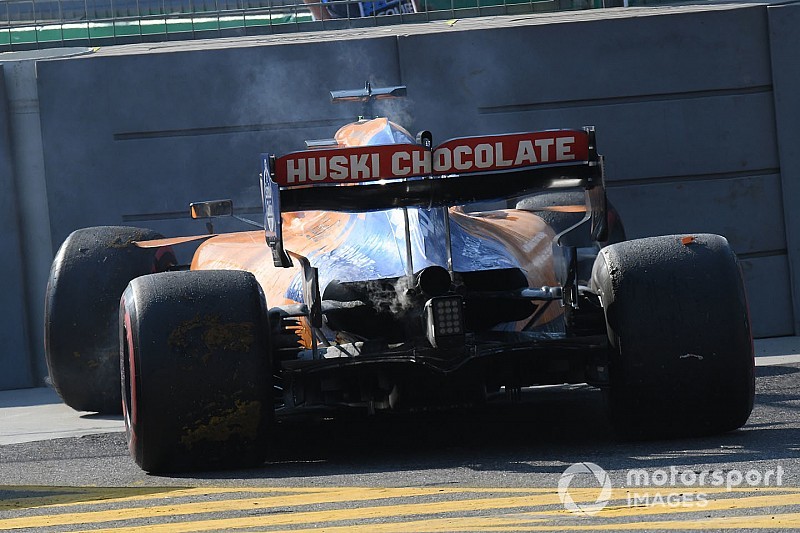 Carlos Sainz believes he suffered every piece of bad luck he could have done on his McLaren Formula 1 team debut in the Australian Grand Prix.

The Renault convert started only 18th after encountering Robert Kubica's puncture-hobbled Williams on his final Q1 lap, and then became the race's first retirement with an MGU-K failure while running 14th on lap nine of the 58-lap event.

Given that he was running between eventual ninth and 10th place finishers Lance Stroll and Daniil Kvyat at the time, Sainz was convinced he would have gone on to score points.

"A bad start to hopefully a good season," he summarised. "We were recovering. I was doing the race I was asked to do, but this is Formula 1.

"A shame because you see where Stroll finished, Kvyat was behind and still got a point, so there were definitely points to grab.

"This one hurts. It hurts, the whole weekend because it was full of bad luck, but hopefully it's finished for the season.

"Everything that could happen to me, happened.

"Qualifying was a big setback for me because I had been very strong all weekend and I knew I could make it into Q3."

More from the Australian GP:

Sainz believes the MGU-K problem his Renault engine suffered had already been seen in pre-season testing.

"I think it's an issue we might have had in testing already, so they might know the cause and hopefully we can improve on that," he said.

"I trust Renault, they've done steps, so hopefully we can keep pushing."

His McLaren caught fire as he brought it to a halt in the pit entry, and Sainz admitted that initially he "didn't know" that was the case as he took his time to get out of the cockpit.

"I just realised maybe 15 seconds into the car stoppage, so that's maybe why I was taking it a bit too easy to begin with," said Sainz.

"I like it warm, I'm Spanish so I don't mind the warmth! But when I saw the fire I started to rush a bit."