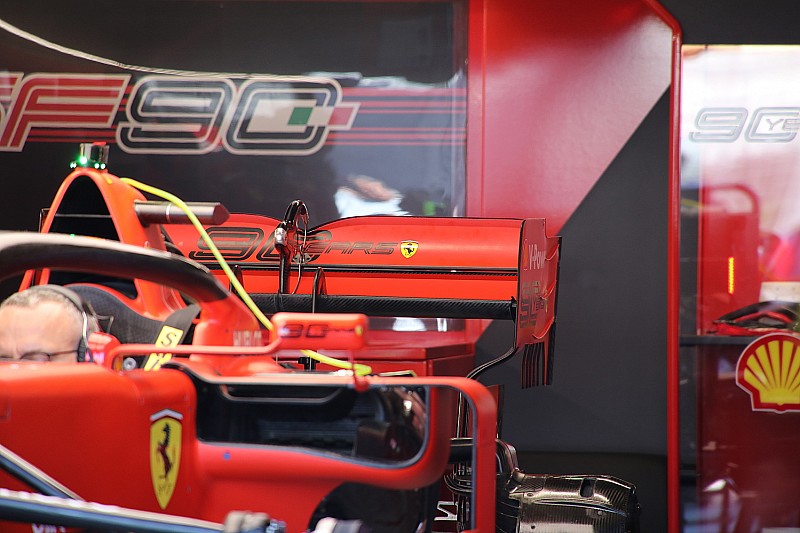 Multiple Formula 1 teams have refined their rear-wing designs ahead of the Canadian Grand Prix in a quest to find more straight-line performance at the Montreal circuit.

Ferrari, Toro Rosso and Racing Point are just some of the teams to bring new rear wings to Canada, tailoring their aerodynamics to the demands of the longer straights on the circuit.

Typically, teams opt to create a "spoon" section in the centre of the wing at circuits which aren't traditionally low-drag, but do still have long acceleration zones.

This is to create a compromise between minimising drag and developing enough downforce for the slower sections.

Ferrari's rear wing - seen on Charles Leclerc's car (left) - seems to be in a similar specification to the wing run in Baku, where the outboard sections of the wing are raised to reduce the overall frontal area. 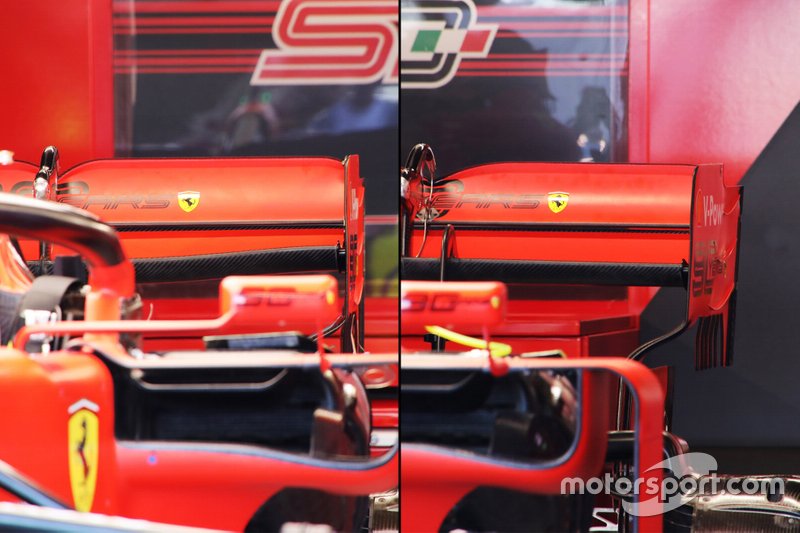 Generally, the outboard sections of a wing develop the weakest pressure differentials compared to the centre section, and so produce a weaker level of downforce.

In reshaping the wing, it produces less drag with the caveat of offering a marginally reduced downforce output.

Toro Rosso has persisted with a shallow spoon-shaped wing throughout the season so far, but has exaggerated its depth for Canada.

Unlike Ferrari, Toro Rosso's Baku wing had a vastly reduced angle of attack without the spoon section - and so this appears to be a brand new design. 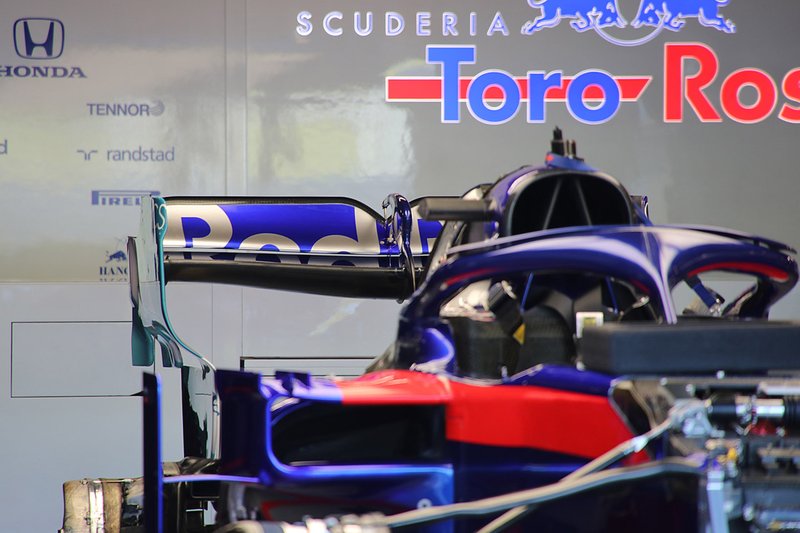 This is also the case for Racing Point's new rear wing; so far this season, the central section's leading edge has been raised, aiming to improve the camber of the rear wing without the drag penalty.

However, the team has discarded that solution for Montreal, instead electing to create a wing which sweeps down in the central section.

After disappointing rounds at Barcelona and Monaco, this change of concept seems to be Racing Point's attempt at arresting the current slide. 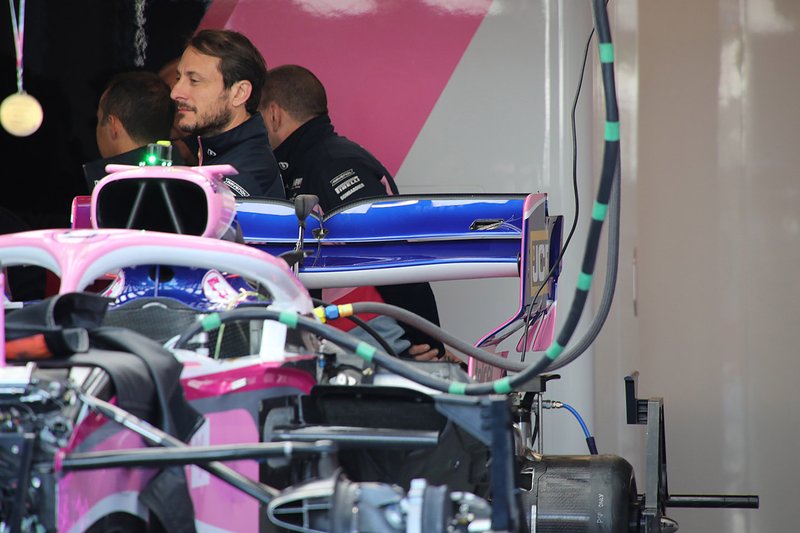