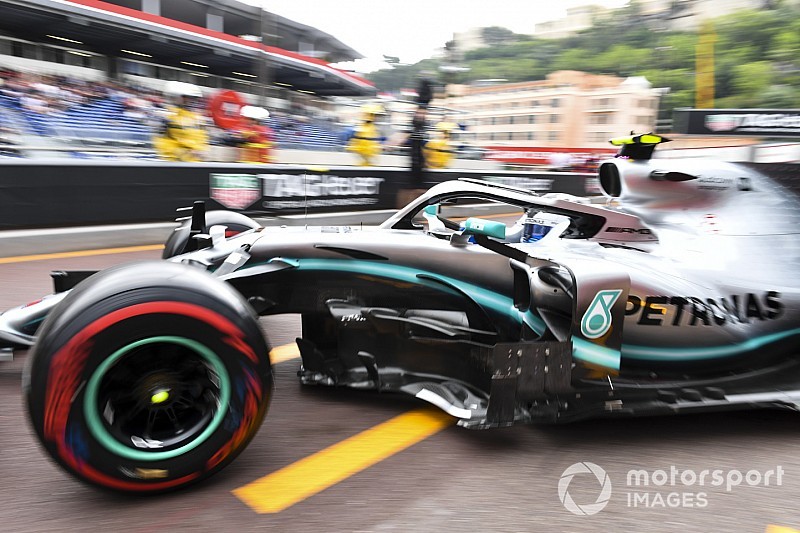 Ahead of this weekend's Canadian Grand Prix, Mercedes confirmed that its works team plus customer outfits would all be running its improved Phase 2 power unit.

And although the prospect of a fresh and improved engine should be a boost for Mercedes at the power sensitive Circuit Gilles Villeneuve, Bottas says he is under no illusions that the expectation is for Ferrari to still hold the edge on the straights.

"We are expecting obviously already from a fresh engine a tiny bit of power gain, but we are expecting a small step forward," said the Finn about what he thinks will come from the new engine.

"We don't think it is quite yet enough to match Ferrari's straight-line speed. They will have the upper hand on that, but we will have our strengths in other areas. I look forward to trying it."

Bottas thinks Mercedes has done the right thing in holding back on introducing its new power unit until this weekend's race in Canada, with other manufacturers having all introduced upgrades already.

"I think it is coming at the right time because the first engine is running towards the end of its life so we definitely needed a new one anyway," he said.

"It is nice to have the upgrade here compared to Monaco. The engine is much more valuable here so it is good timing for that. But we need to see what actually works and how much is the benefit compared to the other one."

Although Bottas has been beaten to victory in the last two races, he thinks things will be very tight with teammate Lewis Hamilton in Montreal.

"I think it is going to be close and it usually is at this track anyway because it is quite short," he said. "There are not that many places you can make a big difference. On top of that it has been very close between me and Lewis in qualifying, so I am expecting it will be hundredths if not thousandths [between us].

"I need to make sure those hundredths and thousandths are on my side. I need to find those in practice and, together with the team, to find the perfect set-up."