We finish off our countdown of the biggest stories in racing with the saga that dominated the Formula 1 news agenda for much of 2019: the looming radical changes set to come into play in the 2021 season.

Off-track, the 2019 Formula 1 season was dominated by the debate over what direction the sport will take in 2021 and beyond. For journalists it was the gift that kept on giving, with discussions continuing for much of the year, and thus there was much for the media to dissect prior to the revelation of the regulations in October.

Or, to be more accurate, the three sets of regulations, as the technical and sporting rules were joined by a freshly-minted third document that covered the financial side of the sport for the first time.

The 2021 date took on a talismanic quality as soon as Liberty Media took over the commercial management of the sport at the start of 2017. In essence, the mantra from Chase Carey and his colleagues was 'there’s not much that we can change in the short-term – judge us on ‘21, as that’s when we’ll be able to implement our vision'.

The significance of the date was the expiration of the last Concorde Agreement signed on Bernie Ecclestone’s watch. It was obvious that all bets were off on the commercial side, and that Liberty wanted to move the goalposts on income distribution.

Crucially, the end of the Concorde also opened a window of opportunity to push through major changes outside of the cumbersome governance system that is currently in place, and which focuses power on the leading teams.

That lack of ongoing governance meant that the process for finalising the 2021 rules defaulted to the FIA’s International Sporting Code, which specified March 31 2019 as the deadline for publication of the regs. As that date approached it was clear that more time was required, and eventually it was agreed to postpone the day of reckoning to October 31.

As part of the compromise to make that happen one key element was set in stone in March, with a guarantee that it wouldn’t change. A cost cap headline figure of $175m, not including driver salaries and marketing costs and assorted other exclusions, was arrived at after lengthy discussions.

Inevitably the three teams that it impacted – Mercedes, Ferrari and Red Bull Racing – argued that the cap was set too low, and the rest that it was too high. However, it was better than imposing no restrictions. The sport had finally acknowledged that something had to be done to curb the ever-spiralling costs of competing at the top level.

With the basics agreed Liberty’s financial expert Nigel Kerr, the former Honda/Mercedes man hired by his ex-boss Ross Brawn, was able to hone the details of the new financial regulations. They outlined how the cap would be policed, and specified penalties for transgressions.

Kerr was just one of many former team insiders headhunted by Brawn and given poacher-turned-gamekeeper roles in the F1 organisation. The technical side was led by Pat Symonds, whose squad of engineers provided ideas and research resources to bolster the efforts of the FIA’s Nicolas Tombazis, the man charged with actually writing the 2021 technical regulations.

Over the years rules had usually developed piecemeal fashion, often with no clear overview of the big picture of what the sport should be. That was evident in the last package of major technical changes for 2017; wider, high-downforce cars that were quicker around the corners seemed like a good idea at the time, providing a challenge for drivers and for engineers. However, promoting overtaking was not part of the brief, and following a rival was as hard as it had ever been.

For 2021 there was a much clearer objective – spectacular cars, closer racing, and a reduction in costs achieved by tighter restrictions on what teams can do and, where possible, specifying standard parts or shared designs. New technical regs would be backed up with refinements on the sporting side, where the push for change was led by Steve Nielsen, F1’s sporting director.

The debate continued throughout the summer with a series of meetings. Everything was up for discussion – a return to refuelling (essentially to save weight) and Saturday qualifying races were among the more contentious ideas to be discussed and ultimately dropped – before the detail came into focus as the October deadline approached.

The Halloween date happened to coincide with the US GP weekend, and it was in Austin that Brawn, Tombazis, Carey and (via a video link) FIA president Jean Todt introduced the three sets of regulations.

It all seemed to make sense, and their explanations indicated just how much effort had gone into trying to get everything right. Teams were not universally happy, and the fact that they had issues with one aspect or another suggested that everyone had to accept compromise, which seemed fair enough.

There had been particularly strong opposition to attempts to standard parts. Common gearbox internals were rejected and replaced by restrictions on development, but other elements were passed.

More controversial was an apparent lack of freedom in aerodynamics, with limits imposed both to address costs and to prevent teams straying too far from a package carefully honed by F1 and the FIA to help cars follow each other. Many argued that cars will look the same, although Tombazis disagreed.

The October rules were essentially complete, but in the coming months there will be refinements and more detail changes, while the transition to the cost cap limit is sure to be a talking point as the three top teams adjust.

It’s widely assumed that they will retain a significant advantage heading into the new era, simply because they have greater resources to deploy over the next 12 months, before any financial restrictions kick in – and thus the real impact of the new rules will not be seen in the short-term. The 2021 regs story is far from over. 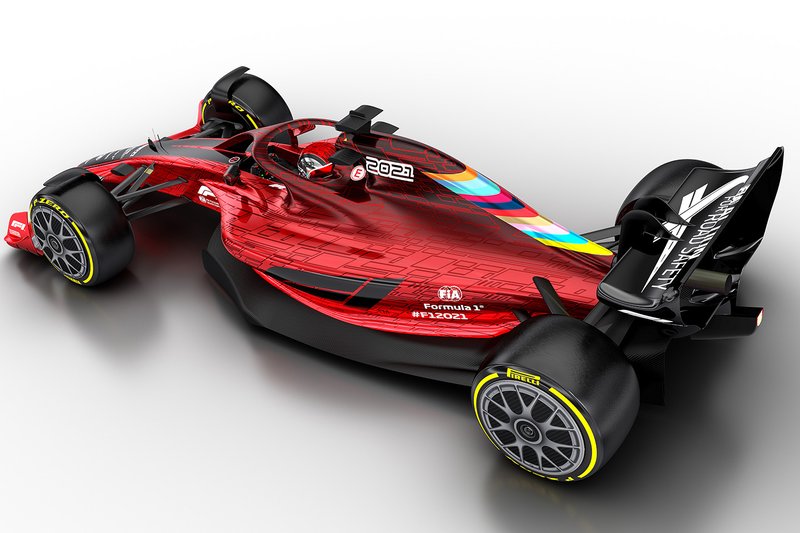