Verstappen to start Italian GP from back of the grid 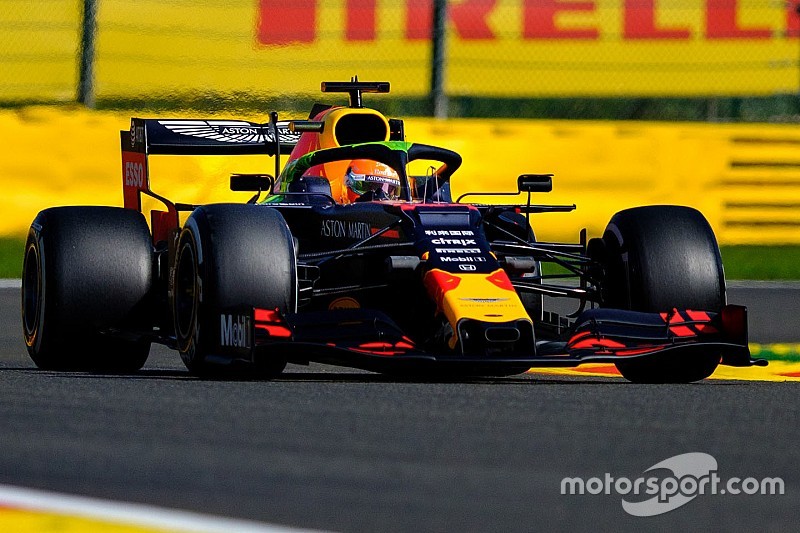 Max Verstappen will start the Italian Grand Prix from the back of the grid after Red Bull's Formula 1 engine supplier Honda confirmed the Dutchman will use a new power unit.

The Japanese manufacturer introduced its Spec 4 engine during the Belgian Grand Prix last weekend, but it was only used by Verstappen's new teammate Alex Albon and Toro Rosso's Daniil Kvyat.

Albon reverted to a pre-French GP engine for Saturday and Sunday as Honda was keen on having a fresh unit available for the Monza weekend.

On Wednesday, the manufacturer confirmed that both Verstappen and Kvyat's teammate Pierre Gasly will get a new power unit in Italy, meaning both will start from the back of the grid.

"The main development is that we plan to run the Spec 4 PU with all four drivers for the first time, after just Albon and Kvyat ran it in Belgium," explained Honda's technical director Toyoharu Tanabe.

"For their first race with Spec 4, Gasly and Verstappen will therefore take grid penalties and start from the back of grid, but we believe they can still race strongly on Sunday.

"We gathered useful data in Spa, which we have used to make changes to PU settings and calibration in preparation for this race.

"We will try to maximize the potential of Spec 4 and hope to get another positive result, maintaining the momentum we gained in Spa."

Verstappen said after the Belgian GP - where he retired after a first-lap accident - that starting from the back at Monza was not a big concern given the overtaking opportunities.

"I think it can be alright to overtake," he told Motorsport.com. "We all know Ferrari is going to be really quick there, and if you start from the back you probably won't catch the top four. Everything behind that I think it's possible to catch up with."

The impact of Leclerc's win on Ferrari and Vettel