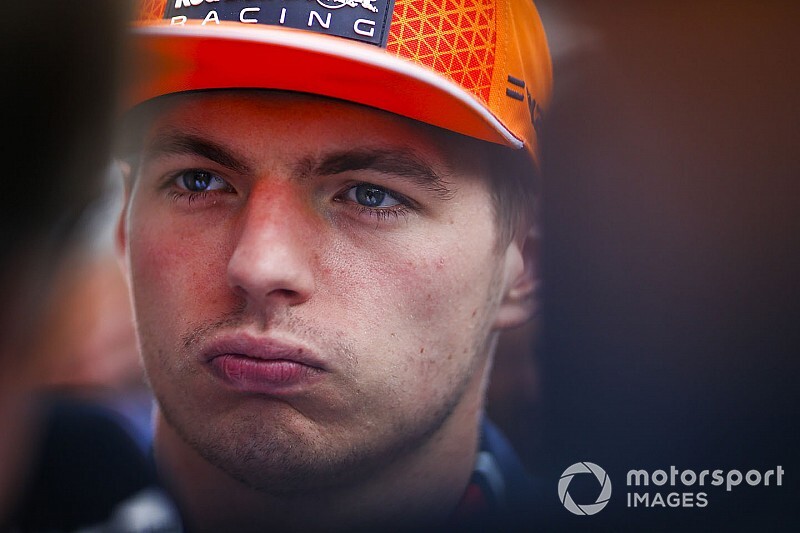 Max Verstappen says it has sometimes been "very odd" how his Red Bull Formula 1 team's form has played in recent races compared to Ferrari.

Verstappen finished on the podium in last weekend's Singapore Grand Prix, behind both Ferraris, having gone there as one of the pre-event favourites alongside Mercedes driver Lewis Hamilton.

Sebastian Vettel's win completed a hat-trick of victories for Ferrari, which narrowly defeated Mercedes at the power-sensitive tracks of Spa and Monza before surprising everybody with its performance on the high-downforce Singapore circuit.

Asked if he was surprised by Ferrari in Singapore, Verstappen said: "If you look at the beginning of the year and maybe Hungary, yes. But if you look at the history of Singapore they've always been competitive there.

"With the amount of power they have it makes it better and easier to go quick. But then if you look back to Monza you would expect them to be a second ahead of everyone and they weren't.

"So, it's very odd, sometimes, how it plays out. We thought in Monza we would have really struggled but I could have had the same qualifying as I had in Singapore.

"It's a bit weird, what went well in Monza and then what went wrong in Singapore."

Verstappen had described last weekend as a "wake-up call" for Red Bull, which had hoped to challenge for its third win of the season with Honda power.

However, he said he now has a better understanding of why the weekend failed to live up to expectations and has pinpointed why he hopes it will prove to be a "one-off".

"We went in a different direction than in previous years and it didn't work out how we wanted to," he said. "Probably little things with the simulator we could have done better.

"I think the simulator has helped us so much that one weekend where it didn't work out can happen.

"Unfortunately it was Singapore but we'll look into everything to see if we can improve it for next year."

Red Bull's Russian Grand Prix weekend has been compromised before it has even begun following the decision to use a fresh Spec 4 Honda engine at Sochi.

That is a strategic move that will give Red Bull and its junior team Toro Rosso a new engine for Honda's home race in Japan, while also letting them continue to the end of the season without further changes.

Verstappen said it was worth doing because "it's not going to change a lot" about the team's Russian GP.

"Last year we started from the back and overtaking didn't seem like a big problem around here," he said. "Maybe the midfield teams are a little more competitive this year but I think it should be alright.

"You might lose a little time to the guys ahead but realistically speaking you would qualify fourth or fifth anyway."

Verstappen's Red Bull teammate Alex Albon suspects he will still "give it a go" in qualifying but said he had yet to discuss it with his engineers.

Taking part in qualifying completely would risk starting outside the top 10 and on used tyres compared to those around them.

"On my side I just want to experience the car with low fuel," said Albon.