Vettel: "I'm not driving at my best right now" 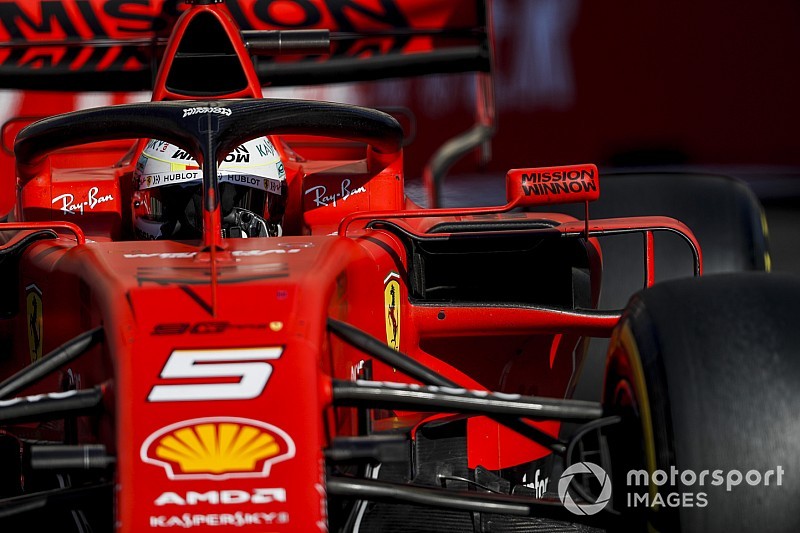 Sebastian Vettel is aware he is not "driving at my best" at the start of the 2019 Formula 1 season because the way his Ferrari is responding on track feels "unnatural".

Ferrari has struggled to translate its pre-season pace into results and in the races it has been more competitive, Bahrain and Azerbaijan, Vettel has not been as fast as new teammate Charles Leclerc.

Vettel has two third-place finishes in the last two grands prix and is ahead of Leclerc in the championship, but believes Ferrari must find more performance to fight Mercedes and unlock more pace in himself.

"We need stronger pace, simple as that," said Vettel. "We need to be faster. It seems that for us it's more of a conscious effort to get the car in the right window, whereas maybe for them it seems to click a little bit easier.

"Especially a place like [Baku], you need the confidence in the car. I'm not there yet. I can feel that I'm not driving at my best because simply the car does not answer or does not respond the way I like. And then I think it's unnatural. I think everybody's been there."

Vettel's peaks are not as impressive as Leclerc's so far this season. The five-point gap in the championship is partly explained by Leclerc being restricted by team orders in Australia and China.

Leclerc has also claimed Ferrari's only pole of the season, in Bahrain, where Vettel was only second and spun out in the race while Leclerc was denied a commanding win by an electronics problem.

"At the moment I'm not so unhappy with the car," said Leclerc when asked by Motorsport.com if he shared his teammate's discomfort with the SF90.

"We maybe need to work a little bit on our race. I think in qualifying the car felt amazing, in the race I have a little bit more balance problems. But these are small issues and I'm pretty sure if we work on it we'll get over it."

Vettel argues his peak is lower because he is driving more cautiously while unhappy with the SF90's handling.

"When it's not there [the performance], then your judgement is normally right, to not go there because you end up losing the car," said Vettel. "I seem to be more sensitive at the first races than at the test. The test was really good but that's a long time ago now. We need to look forward and improve the way we handle things, the way we work, to just get faster."

Teammate wars: Who’s winning ahead of the Spanish GP?