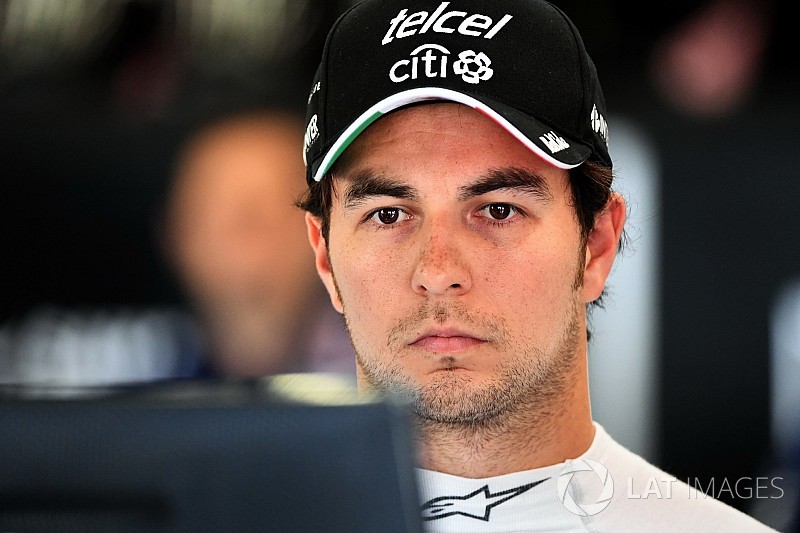 Former Formula 1 driver Jacques Villeneuve has slammed Sergio Perez for the "ridiculous" move that led to the Mexican's collision with teammate Esteban Ocon in the Belgian Grand Prix.

Perez squeezed Ocon against the support race pitwall on the run to Eau Rouge, causing contact that gave Ocon front wing damage and Perez a puncture.

The stewards investigated the incident but decided not to take any action.

Former world champion Villeneuve told Motorsport.com that Perez “was to blame 100%” and put Ocon in danger by squeezing him.

“It doesn’t matter that it’s his teammate,” he said. “Teammate, no teammate, it should not have happened between two drivers. You’re not so supposed to put anyone in danger.

“You can brake too late, make a mistake, fine, but down the straight you don’t weave and squish, you just don’t do that. It’s ridiculous.

“A piece of carbon went outside of the track. You can hurt someone from the public. This has to be stopped.

“That kind of move from Perez is not racing, it’s pure blocking. You don’t do that. It’s aggressive. It’s dirty.”

Ocon, who recovered to finished ninth, was furious, saying Perez risked both their lives in their collision and later tweeted that “Perez tried to kill me 2 times!”

It was the second time the two collided on the run to Eau Rouge, with the duo escaping the first contact without damage.

When asked if Ocon was right to be angry, Villeneuve said: “Yes. Ocon didn’t lift to prove a point, I guess. It’s ego, it’s an internal battle to see who would be the strongest in the team. There is this ego thing going on.

“Ocon was very ballsy, especially in the first one. Wow. He kept in it. That was impressive.”

Villeneuve was surprised the stewards did not to take any action against Perez.

“This is the most dangerous thing you can do in racing and they never penalise that in F1,” he said.

“Sometimes, people crash into each other because they messed up their braking and their fighting. That should not be penalised but they penalise that because there was an accident.

“This was embarrassing. They don’t give a penalty for it, especially when the FIA is pushing so much the safety.

"Even a four-year-old could see it. It’s ridiculous.”

In the aftermath of the race, Force India has threatened to go as far as banning either driver if they collide again, and made it clear the team’s policy to let its drivers race freely would be changed.

Ahead of this weekend’s Italian Grand Prix, team owner Vijay Mallya said: “We have made both drivers aware of the new team policy designed to prevent incidents like the ones in Spa from reoccurring.

“As a team, we have a responsibility to defend our position and I am sure we will finish the season without any further issues.”

Bottas has "no answers" for Spa struggles