Forty years ago today, Briton James Hunt secured his place in Formula 1 legend with a gritty drive to third place in the rain-hit Japanese Grand Prix.

With his title rival Niki Lauda famously pulling out of the race because he was unhappy with the torrential conditions, Hunt’s recovery from a puncture was enough to secure him the World Championship title.

As time has passed the legend of both Hunt’s achievement and that epic 1976 season have grown – helped in no part by the movie ‘Rush’ which has taken the story of that campaign to a wider audience.

Yet perhaps what makes Hunt’s achievements stand out so much 40 years on is not only the manner in which he achieved title glory, but how his success that seasons has come to represents a totally different era – both for men like Hunt and teams like McLaren.

To celebrate the launch of a brilliant new biography on James Hunt, McLaren reunited three key figures from that 1976 campaign – Ray Grant who was production engineer at McLaren, Roy Reader who was the truckie and Dave Ryan, current Manor’s racing director who worked on the pit-crew at that Fuji event.

For all three men, the contrast between then and now is staggering – as they view Hunt’s time in F1 as the closing of a chapter.

Ryan says: “For me he was the last of an era. He was brilliant in our car that year. He had a lot of fun and did what you wanted to do – and you cannot do that now. For me was a line in the sand.”

And Hunt’s approach ultimately manifested itself not only to McLaren but to F1 itself.

As Reader explains: “What people saw at Hesketh, this playboy thing, he brought an element of that to us to McLaren - and I think that passed generally along the pitlane.

“A lot of teams were quite envious of us having James – there was this guy who was very liked in some respects and outrageous in some of the things he did.

“Afterwards, with other drivers, you never had that same feeling as you had with James. It is a sad loss. If you look at it he had a full life – certainly more than most. Modern drivers will never do the things he did...well, apart from maybe Kimi [Raikkonen].”

When asked what Hunt would make of the current very corporate F1, Ryan said: “He wouldn’t associate with it really. I don’t think he would deal with it at all.

“He turned into a very good commentator and he had very strong opinions – but the way it [F1] has developed, it is not even remotely like it was those days. It was a totally different game.”

Saved by an Acme whistle

What happened in the Fuji race has been well documented over the years – but there are two anecdotes that stand firm in the memories of those involved that day.

The first was before the race – as delays because of the rain meant that there was a very real risk of the grand prix not taking place. Such a scenario would have been ideal for Ferrari – because with Lauda leading the standings it would have made him champion.

But Ryan recalls a key moment when a staff member moved to rev up the crowd – and excite them so much that there was no way organisers could call off the race.

“Ferrari didn’t want the race to happen,” he said. “It was pretty horrendous. We obviously wanted the race to happen so we tried to get the crowd jeed up. The crowd was full, but they just sat there like the Japanese do.

“So one of our mechanics Lance Gibbs went out on the pit wall. He had this Acme Thunder whistle. And he started winding them up. And before long, the whole crowd was going.

“That, in my opinion, helped get the race underway because there was a good chance it wasn’t going to happen. It did start, and Ferrari weren’t happy about that. The rest is history.”

Lauda thought the conditions were too dangerous to race so he retired to the pits almost immediately, while Hunt continued on a track that began drying – before needing to come into the pits with a puncture.

It should have been straightforward to get Hunt back on his way, but McLaren hit trouble – on the corner of the car that Ryan was responsible for.

Ryan explains: “There has been a debate because nobody wanted the responsibility to bring James in. They wanted James to decide, so he was going around and around on a drying track and he was dropping back.

“He eventually came in but as he came in, he has a puncture on the left front which was unfortunately my corner. In those days you did pitstops, but you never really expected to do one, so that is why we had little cantilever jacks

“The idea was the jack would go under the wishbone and raise the wheel enough to get it changed. We practiced it many times but we never practiced it with a flat tyre. Which was kind of stupid!

“But eventually some crew lifted the entire front of the car, and the wheel was changed. James was off grabbing the third place he needed to become champion.”

The celebrations that night were clearly huge – as McLaren mechanics ended up swapping tools and other paraphernalia from their season for alcohol at the track.

But if you wanted a true representation of how different the times were, you actually had to rewind two weeks to the Watkins Glen event where stories from the infamous Seneca Lodge have long been etched in legend.

Ryan explains: “It was a magic place. It was like the hub of North American motorsport. Most of the teams stayed there and the hosts of the hotel were mega. Every night was party night and movie night! It was just a neat place.”

Reader added: “We used to stay in the motel directly underneath the main facility – it was one of those place that if you were there to help clear up and lay out for breakfast you would do so, then have a quick shower and go back up to the circuit.

“Whoever won the race, would always put X amount behind the bar of light beer to be consumed afterwards.”

But Grant recalls the night after the 1976 race things got slightly more out of hand.

“The booze wasn’t flowing quick enough, so I went to the bar and asked if they could do a bigger glass. I said a pitcher would be fine – so I asked for one of Gin and Tonic and one of a Bacardi and Coke...”

Hunt, sat in a corner with a girl on each arm wearing a hat with a flashing orange light on top, would definitely have approved. 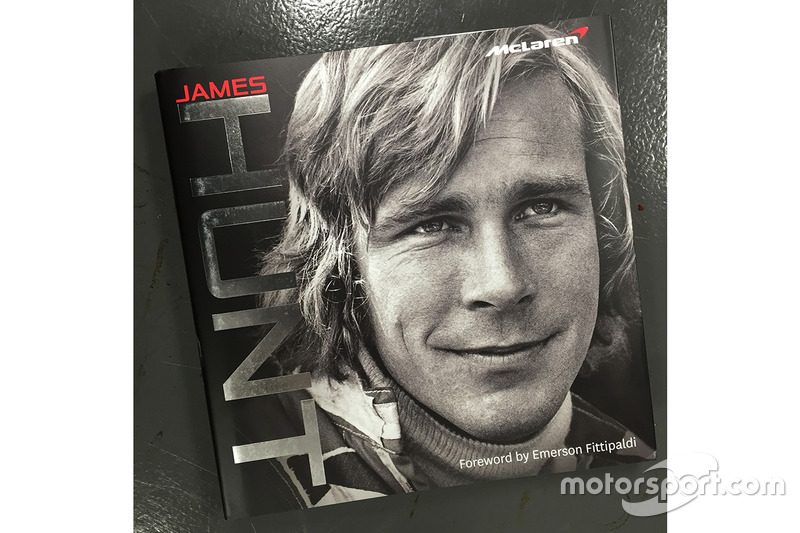 A celebration of James Hunt’s life will take place at the RAC Club Pall Mall in London tonight, supported by Havoline. Family and friends of James will gather for dinner and a Q&A event afterwards.

More exciting news regarding James Hunt and the Motorsport Network will also be announced soon.

Magnussen frustrated by post-race penalty that cost him 11th