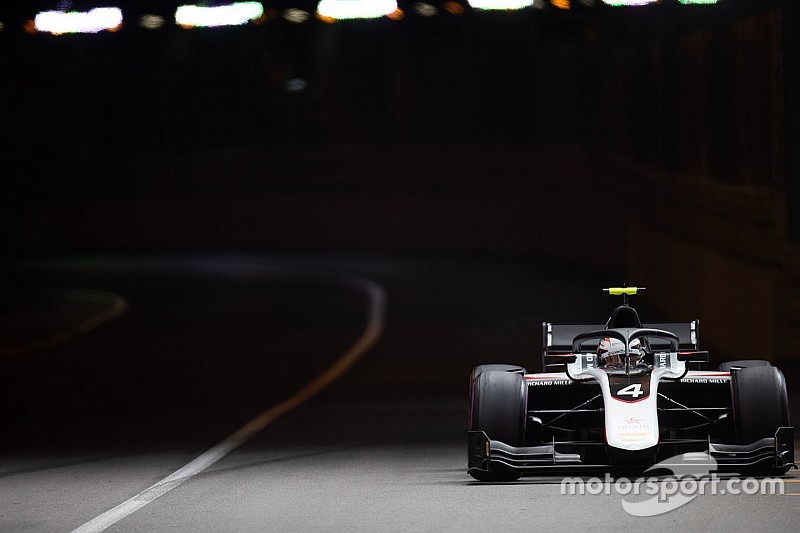 As is usually the case in Monaco, the field was split into two groups of 10 determined by whether each car has an odd or even number. Each group gets 15 minutes on track.

Dutchman de Vries ran in the second group and was supreme, taking a lap fast enough for pole on the first runs, beating Ilott's benchmark from the first group.

De Vries then went a further four tenths quicker than his own best, settling on a 1m20.676s.

Williams F1 junior Nicholas Latifi has won three of six races so far this year for DAMS, but it was announced before he set his flying lap that he would be penalised three places as he “had crossed the white line at the pit exit after the red light was illuminated” during practice.

To add insult to injury, Latifi’s main title rival Luca Ghiotto of Virtuosi Racing jumped Latifi at the last to claim second place in the group.

Ghiotto will be third on the grid, having lapped 0.248s slower than de Vries as pole-sitter failed to improve on his last lap.

Ilott will line up alongside de Vries for the Sauber Junior Team, having beaten Mick Schumacher to top his group by 0.007s.

Prema driver Schumacher, who like Ilott is racing in Monaco for the first time, will thus join Ghiotto on the second row.

Latifi was due to start fifth, but his penalty means he surrenders the spot to McLaren junior Sergio Sette Camara - with Sean Gelael and rookie Anthoine Hubert also moving up ahead of the Canadian.

Carlin teammates Nobuharu Matsushita and Louis Deletraz will make up the fifth row.

On his return to F2 where he replaces the Indy 500-bound Jordan King in a one-off deal, Artem Markelov will start 11th for MP Motorsport, the team which scored a best finish with the current F2 car in last year’s Monaco feature race.

It was a nightmare session for Renault Formula 1 junior Jack Aitken, third in the championship standings, who struggled in the middle sector of his last flying lap and then was baulked by Mahaveer Raghunathan.

Aitken will start 18th on the grid and will likely have to rely on strategy to make the top 10, with overtaking tough in the Principality.