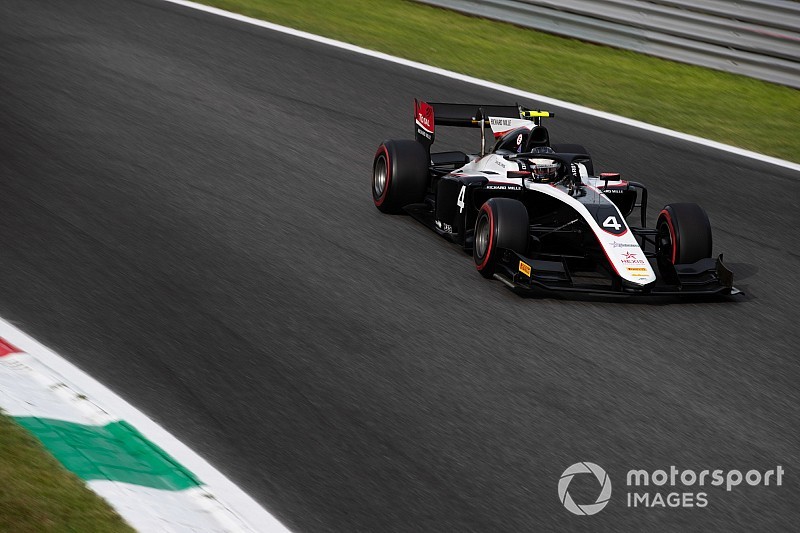 Formula 2 Championship leader and ART Grand Prix driver Nyck de Vries has had his laptimes from the Monza qualifying session cancelled due to a fuel infringement.

De Vries pulled to the side of the road just after Saturday's qualifying session had finished and didn’t make it back to the pits.

A 0.8kg sample of fuel must be obtainable from any car at any point during the event.

De Vries has a 34-point championship lead over Williams Formula 1 junior and DAMS driver Nicholas Latifi, but will now start from the back of the grid – with the exact position to be decided by the stewards – while Latifi will start sixth.

A statement from the Formula 2 website read: “Competitors must ensure that a 0.8kg sample of fuel may be taken from the car at any time during the event. De Vries’ car was not able to supply this sample when tested.

“The stewards determined that ART Grand Prix made a miscalculation on the number of laps that had been completed, as an additional lap was completed and therefore the fuel load that had been calculated before the start of the session was insufficient.

“As a consequence, the Dutchman has been disqualified from the results and all his lap times from the session have all been cancelled.

“De Vries, who had originally classified fourth, has been given permission to start tomorrow’s feature race in a position to be determined by the stewards.”