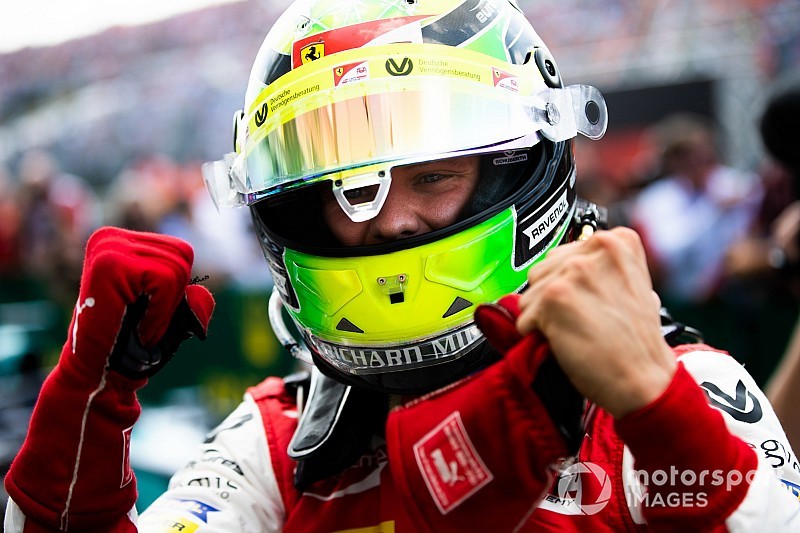 Prema Racing believe that Mick Schumacher’s breakthrough Formula 2 win can be a “turning point” in the Ferrari Formula 1 junior and the team’s season.

Schumacher edged clear of Honda junior Nobuharu Matsushita in Sunday's reversed-grid F2 race at the Hungaroring from pole position to lead every lap and seal a first podium since his European Formula 3 title-winning campaign in 2018 with the same team.

After a tricky first half of the F2 season characterised by difficulties with the Pirelli tyres, driver error and bad luck, Schumacher lies 11th in the driver standings while Prema is ninth of the 10 teams.

“I think it could be a turning point now, so lets keep pushing as we have always done, him improving, him learning and everybody achieving what they deserve,” said team boss Rene Rosin. “It’s a relief for all the team for the hard work everyone has done.

“It’s been quite a difficult first half of the season. We showed great potential and also we’ve been unlucky as well.

“It’s an important step for his season. Now it’s time to get our heads down and keep pushing, focus on the small details like we are always doing.

“We continue working step by step, there is no one thing in particular that we work on, we prepare for Spa like we always do and then I think everybody will be ok.”

Speaking after the Hungaroring race, Schumacher said: “The next track we go to is Spa [at the end of August] which is a very good track for me where I feel very comfortable.

“Hopefully that result today will give me a boost going into the summer break but also going into the next race so I’m really looking forward to that.”

Last season, Schumacher didn’t take his first F3 victory until July at Spa, which kick-started a romp to the title during which he earned another seven victories.