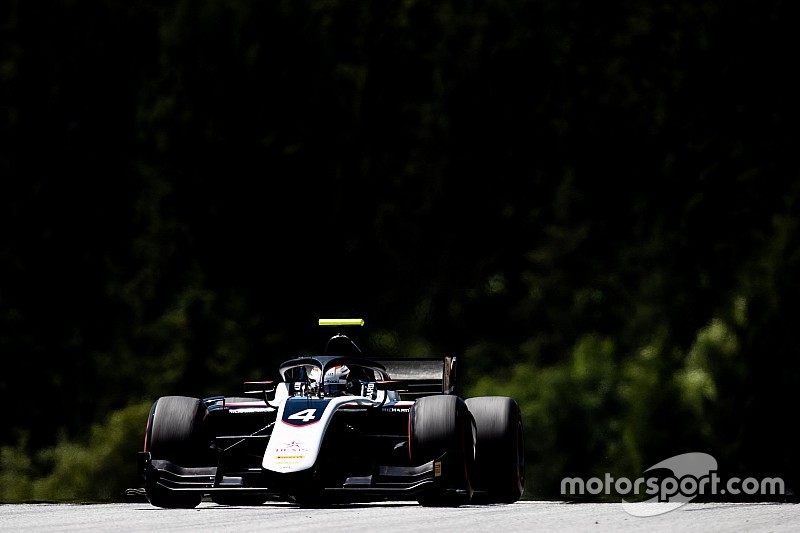 Nyck de Vries took his fourth pole position in Formula 2 at Austria, while Renault Formula 1 junior Anthoine Hubert made use of clever strategy to land second.

The first flying lap on the supersoft tyre was the only one that counted for most, with drivers struggling to improve on a second rapid effort.

Hubert – who was yet to qualify inside the top seven this season - chose to take his second set of supersofts early, before the rest of the field came out with around nine minutes to go.

The Frenchman delivered his best lap of the season on an empty track, and subsequently watched from the pitwall as rivals failed to oust him from the front row.

De Vries made sure of pole by improving on a time which had already seen him top, his best effort 0.166s clear of Hubert in the end.

DAMS had a tricky session, with title contender and Williams junior Nicholas Latifi in sixth, 0.340s adrift of the pace.

He narrowly beat a late charging Mick Schumacher, the Prema Racing driver and Ferrari junior leaping from well outside of the top 10 on his last effort, in a bid to end his six-race pointless spell.

Louis Deletraz had topped practice but had to settle for eighth in qualifying, while the second DAMS of McLaren junior Sergio Sette Camara took ninth.

Callum Ilott pulled a wheelie at the last corner after clipping one of the sausage bumps on his first flying effort, but managed to take a top-10 spot with his last flying effort for the Sauber Junior Team.

Title contender Jack Aitken had a nightmare session, only managing 14th on the grid for Campos Racing, while Red Bull junior Patricio O'Ward was the best of the season debutants with 17th, two tenths off his teammate Jordan King in his debut F2 weekend.

Arjun Maini took 18th with his F2 return alongside Aitken at Campos, while Trident’s F2 rookie Ryan Tveter was a place behind, 1.2s off de Vries' effort.