Rowland to see out GP2 season with Status 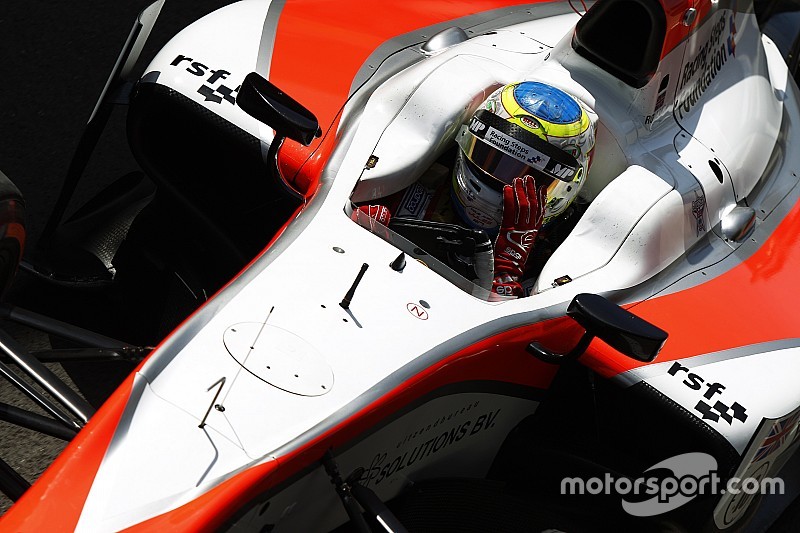 Rowland, 23, will represent the Irish-Canadian squad at Bahrain and Abu Dhabi, meaning that one of Status' regular drivers - race winner Richie Stanaway or Marlon Stockinger - will have to make way.

Racing Steps Foundation protege Rowland had previously made his GP2 debut with Dutch team MP at Silverstone, scoring points in his first two races. He then raced at Spa, qualifying on the front row, only to be taken out at Turn 1.

"I'm delighted to be back racing in the series again," the Briton said. "The car suits my style of driving, so hopefully I can give a good account of myself.

"The RSF felt that driving for Status offered me a good opportunity to gain valuable experience at tracks that I've not raced on previously.

"As always the target at both rounds will be podium finishes. Naturally, if I could add to the team's wins at Monaco and Sochi, I'd be over the moon."

Rowland, who clinched this year's FR3.5 title in a record-breaking season that featured eight wins, has previously confirmed that a full-time switch to GP2 next year was a likely option.

"We‘re delighted to welcome Oliver to our GP2 team and it’s clear that he has a very bright future in our sport," said team boss Teddy Yip Jr.

“Oliver is a world–class driver with a Formula 1 career beckoning. It won’t be an easy task competing against so many experienced GP2 drivers but we have full confidence in his driving ability and commitment to the programme.

“Providing talented drivers with a platform to shine is incredibly important to me and having achieved two race victories in our maiden GP2 season with rookie Richie Stanaway, we can be proud of our achievements to date.”