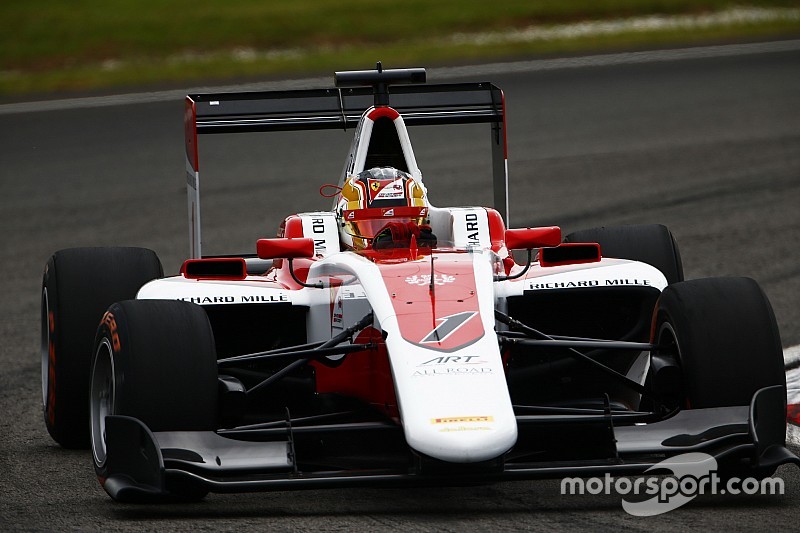 Leclerc took the lead in the late stages of the session, his 1m49.861s surpassing Nyck de Vries' earlier benchmark by nine tenths.

De Vries eventually only took third as Albon also edged ahead, snatching a spot on the front row.

Arden's Jack Aitken was best of the rest in fourth, narrowly behind de Vries, with Alex Palou securing fifth.

Jake Dennis, who was fourth after the first half of the session, dropped down to ninth with Steijn Schothorst completing the top 10.

UPDATE: Palou will move from row three to the back of the grid, as his qualifying results have been nullified due to a technical breach.