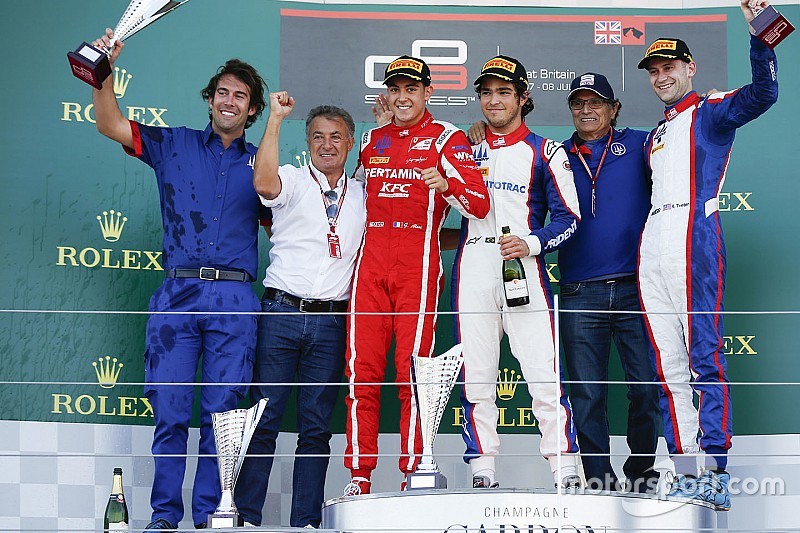 Piquet passed pole-sitter Alesi into Abbey at the start and led all 15 laps of the race thereafter.

Alesi kept the gap under a second in the first half of the race, but lost ground later on - although he gained back some time during a late virtual safety car stint, he had to settle for second, 1.4s behind.

Nikita Mazepin (ART) fell behind teammate Jake Hughes after a mistake, but fought back to steal seventh from the Briton on the last lap.

Hughes, who suffered a battery failure in the feature race, recovered to eighth, escaping an incident with Niko Kari (MP), which resulted in the Finn's spin and retirement.

Dorian Boccolacci (MP) and Tatiana Calderon (Jenzer) completed the top 10, the latter from 17th on the grid.

Arden duo Julien Falchero and Gabriel Aubry both retired and so did David Beckmann (Jenzer), who was spun out by Joey Mawson (Arden) - causing the race's lone VSC period.

Ilott: Ferrari association has helped me to mature