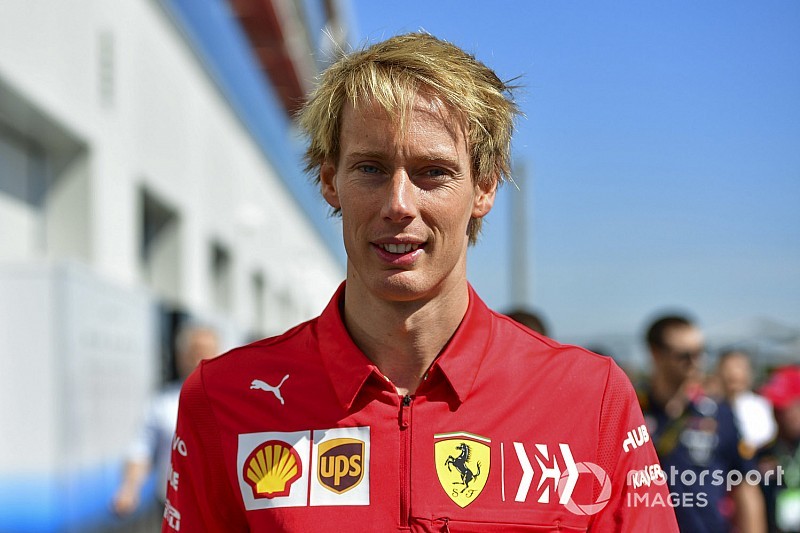 Hartley, who is also racing for the Toyota LMP1 squad in the 2019/20 FIA World Endurance Championship season and is Ferrari's F1 simulator driver, is the American FE squad's first confirmed signing for the next campaign.

The factory Porsche driver was a candidate for the manufacturer's own 2019/20 line-up – and Hartley drove for Porsche in the initial stages of its FE manufacturer-allocated private testing programme – before Andre Lotterer was signed up to partner Neel Jani.

"I'm happy to be taking on a new challenge in Formula E together with Dragon Racing," said Hartley.

"Formula E is totally different from any other race series I've been in, but I am hoping my experience in many categories with energy management will pay dividends and give me a head start as a rookie.

"I've always been a fan of street tracks and FE has some of the wildest I've seen. That, together with some of the best drivers and manufacturers in the world, makes it an exciting place to be.

"I've already started working with most of the Dragon team, and I have a strong feeling that we can share some good success together in the coming season."

It is not yet clear who will partner Hartley at Dragon next season or which of his 2019/20 deals will take priority at the two remaining FE/WEC clashes next season – FE's two TBA's on December 14 and March 21 2020, which is set to be the second Sanya E-Prix.

Dragon has already started its private testing programme, with 2019 Formula 2 and IndyCar driver Jordan King driving for the team before the last weekend's F2 round in Hungary.

A Dragon statement explained that Hartley will "feature prominently in the American manufacturer's ongoing development work throughout the rest of this summer".

Dragon owner Jay Penske said: "I am very pleased to have Brendon pilot one of our two entries in season six of the ABB FIA Formula E championship.

"Brendon is a real racer. He has a unique combination of experience, intellect, and racecraft that will allow him to maximise the potential of the new Penske EV-4 powertrain.

"Most importantly, he shares our hunger, and our determination to take the fight to the incredible field of major manufacturers this season."