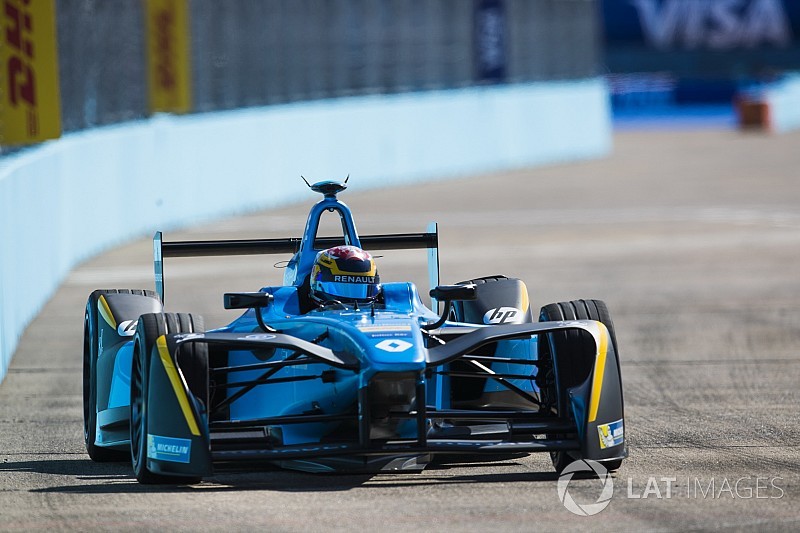 The Renault e.dams Formula E team undertook a secret Montreal-specific test last Thursday as part of final preparations for the season finale in the Canadian city this weekend.

Motorsport.com has learned that the French team rented the Dreux facility near Paris and recreated aspects of the 2.7-kilometre Montreal layout in an effort to try new vehicle dynamic and software developments specifically for this weekend's title showdown.

“We did a good test and as we often have done in the past, these last-minute tests before the last races are useful,” Buemi told Motorsport.com.

“We are going to bring some good stuff to Montreal and we worked really hard. The team has been working overtime since the last few months and I think it can do it like last year when we brought some updates to London and we improved what we already had to get a good advantage.”

Renault e.dams still came away from what was a largely disappointing New York ePrix, which Buemi missed to race in the WEC 6 Hours of Nurburgring, with an extended lead in the teams' title race.

But there was an extra concern for the Swiss when his stand-in Pierre Gasly suffered an accident on the final corner in the second Brooklyn race while challenging Nick Heidfeld for third position.

“There was not so much damage on the car and it was easy to repair but when there is a hit it is hard to know if everything is as it was before the incident,” Buemi said.

“The team looked carefully and done a good job but we will do the final analysis at the shakedown on the Friday. It should be ok.”

Buemi added that title rival Lucas di Grassi missed a big opportunity in New York to seize the championship lead, having had his 32-point lead cut to 10 heading into Montreal.

“If you look at how many podiums that Di Grassi got in Formula E it is unusual he does two races in a row without getting one so this has helped," said the reigning champion.

"Even so I really thought that the championship would have been lost but it looks like we still have a chance in Montreal.

"It shows that the championship is getting more and more competitive as you can have so many drivers now that are capable of winning.”

“If things are working well for us in Montreal I am sure it will be good because we have the upper hand when things work right. I will not change my approach because that is when mistakes can happen.

"I will do my normal job and it will be important to be consistent as always in Formula E. It will be a very interesting weekend.”

Timetable of the inaugural Montréal ePrix