The all-electric single-seater championship ditched its oft-criticised group qualifying format for a knockout system – in which the opening two groups of running can put together three or four hot laps to try and reach the duels stage, rather than the single-lap allowance in the old arrangement.

Universally praised by Formula E’s drivers, the new system has reduced the advantage that those running in the fourth group received due to track evolution.

However, since teams such as NIO 333 and Dragon were often locked into the fourth group, it means that they face a bigger struggle to make it into the top four of each group and join the duels.

In the three qualifying sessions so far in the 2021-22 season, Sette Camara has flirted with the top four of his group – but has been unable to maintain the degree of pace to keep his car in duels contention.

“I think it's so difficult in a qualifying session this year to surprise because everyone has three laps to four laps, and the power is not so high,” said Sette Camara.

“I think just everyone did awesome laps in qualifying.

"I was like just one-tenth shy [in Mexico] of being high up but it didn't happen. So for me it's very, very tight and just didn't do enough to qualify.” 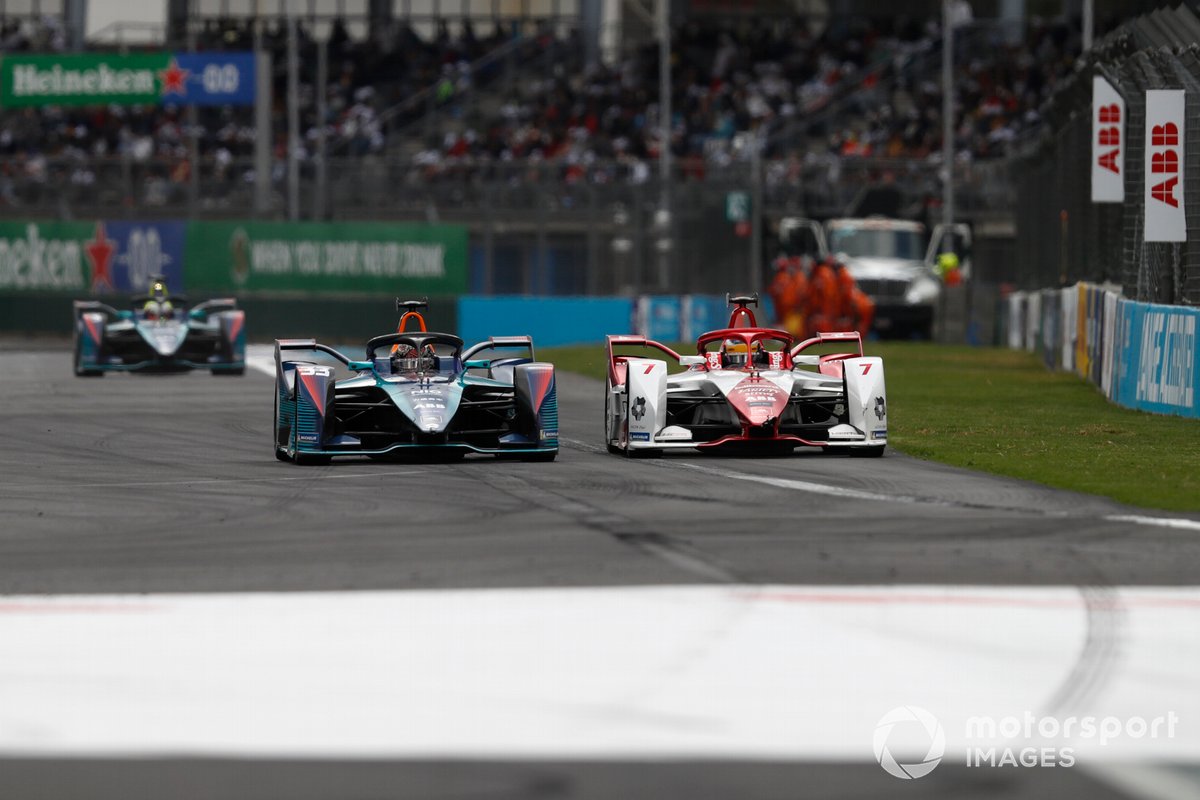 Sette Camara felt that if he was able to overcome the small deficit he faced in his group, he could have qualified well within the midfield.

The Brazilian added that the race in Mexico felt like a “bucket of cold water” on the team, after it was out-strategised by the NIO 333 squad – which he said benefitted from “disregarding the race” and was able to make use of its energy-saving at the end as the contest was extended by a lap more than other teams expected.

"One tenth would have put me like, five places ahead in my group, which means 10 places ahead on the grid," Sette Camara continued.

"I was very close to starting in the midfield, but didn't happen. In the race, we know that we don't have the strongest car and stuff to move forward.

“The NIOs decided to do a strategy where they save a lot with the beginning, completely disregard the race. And then it just went on their favour with the one lap more.

“For us, it didn't work out because we overconsumed at the beginning.

“We have to be better in Rome and have to do a big step forward - because [Mexico] was a bucket of cold water!”

Sacha Fenestraz says his 6:30am Seoul Formula E finale call-up to replace the injured Antonio Giovinazzi at Dragon meant he 'studied more than school' to get up to speed.

Mercedes Formula E team principal Ian James was pleased that the squad could "play a part" in the German manufacturer's 128-year motorsport history, as it bows out from the championship.