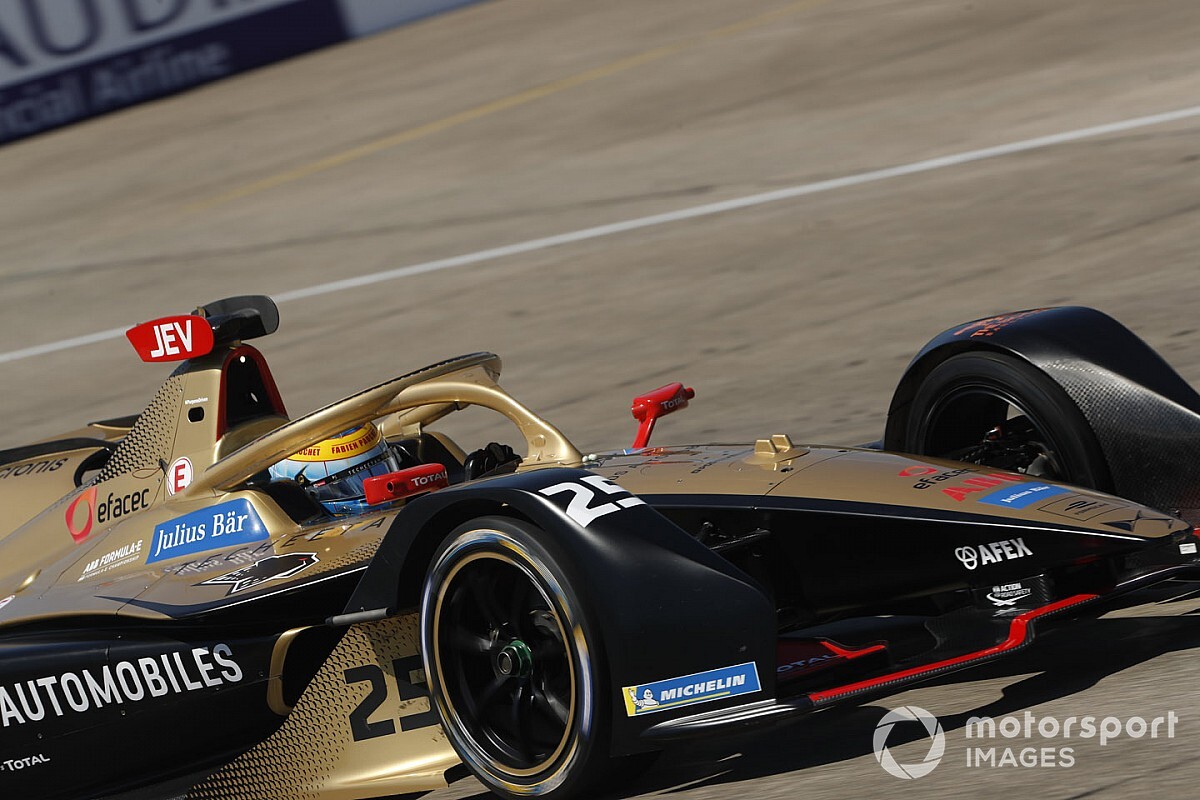 DS Techeetah’s Jean-Eric Vergne lamented a “nightmare” second Formula E race in Berlin, in which he struggled with tyre issues and a power cut to compound his misery.

Vergne began the race in eighth on the grid, but quickly fell behind the battling duo of Sam Bird and Maximilian Gunther on the first lap.

Gunther’s robust assault on Bird, which awarded the German driver with a puncture, helped Vergne to make up the places that he had lost.

The Frenchman explained that he was saving “a lot of energy” in the process, but lost the advantage that he had built up when he sustained a power cut when taking his first hit of attack mode.

“I can say [the race] was a bit of a nightmare”, Vergne said.

“The start of the race was okay, I was building up a lot of energy as well, and I managed to leave the other guys behind and I was having a nice gap of energy.

“I thought that I would have a strong end of the race, like I usually do when I start in those kinds of positions, but on my first attack mode I had a power cut.

“That cut the power for a few seconds and I lost a few positions, and all the energy I gained I lost it.”

Vergne managed to hold his own in the lower reaches of the points, having battled with Mahindra's new recruit Alex Lynn and Venturi’s Edoardo Mortara, but also had to face issues with his rear tyres.

“Not long after that [power cut] I had lost performance, about one second, and I reported to my team that I had a rear puncture.

“I don’t know what happened, we still haven’t opened the car but we need to try and understand what happened. "

Having been nerfed into a non-finish in the first race by an errant Lucas di Grassi, Vergne's patience was also tested by Mortara’s stern defence, giving Vergne very little space to manoeuvre on-track.

Vergne eventually finished 10th on the road, all but ending his hopes of defending his duo of Formula E championships.

“[Di Grassi’s move in race 1] was a very aggressive move, I’m very surprised the FIA has not penalised him because he even came to me today apologising for what he’s done yesterday.

“So he quite clearly knows it was a wrong move.

“Today Mortara completely squeezed me in the wall, and I had to brake and that was when I had my power cut.”