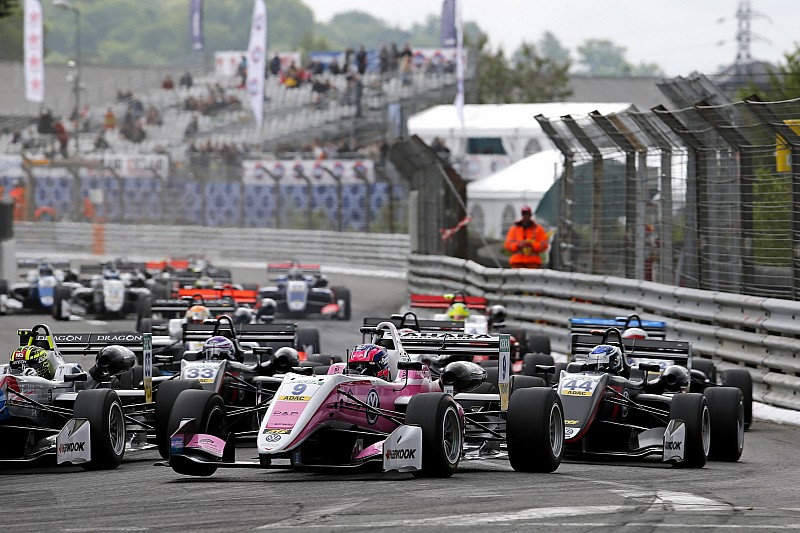 Jehan Daruvala notched up a podium finish in the opening round of European F3 series at Pau, France.

Daruvala had qualified fifth on the grid for the weekend’s final race, labelled the Pau Grand Prix, despite being impeded by a rival driver on his final flyer lap.

When the race got underway on a damp track, front-row starter Alex Palou stalled on the grid - and Daruvala took full advantage of the situation to not only get ahead of the Spaniard, but also pass Fabio Scherer.

From there on, he hung on to the tail of race leader Ralf Aaron and second-placed Enaam Ahmed until the race was red-flagged due to treacherous conditions.

After a prolonged intervention period, the organisers decided not to restart the race, classifying Daruvala in third place.

It was Force India junior’s fourth rostrum result in European F3 - and first since he won one of the three Norisring races last July.

Retirement and sixth in opening races

Earlier this weekend in Race 1, Daruvala was running comfortably inside the top 10 when his Carlin car’s suspension suddenly broke, leading to immediate retirement.

He recovered from the DNF to finish sixth in Race 2, before climbing up the podium in Race 3 to cap off the weekend on a strong note.