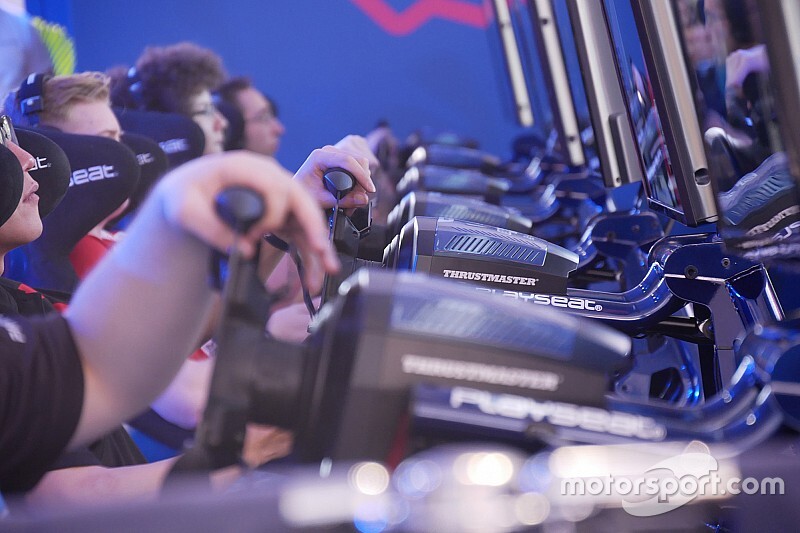 The top six teams from the five-round qualification series will advance to the LMES Super Final, which will be held at the 2020 Le Mans 24 Hours.

The second round was held at the virtual Silverstone circuit, with the gamers using the 1991 Le Mans-winning Mazda 787B. Lazarus and JOTA had dominated the opening round of the series, which boasts a $200,000 prize pool. Pre-season favourites Red Bull struggled and came into this round eighth in the standings.

Arnold recovered from the off to pile pressure on Lazarus’ Tobin Leigh, but in the end the British driver was forced to settle for third place.

The main race saw the championship order reversed. Mallet wasted little time in rising from P14, assuming the lead by the end of lap five with a brutal charge through the field. He went unchallenged with Lazarus’ Daniel Nyman battling from last place to take another second place.

JOTA’s Arnold ensured the podium remained unchanged between the sprint and endurance races. Ford’s Team Fordzilla enjoyed much-greater success than in the opening round with a fifth and a sixth-place finish in the two races, courtesy of its debutant Christian Popp.

Lazarus still leads the championship, but Red Bull has risen to third place behind JOTA.

The third round of the series will take place on February 29 at the virtual Circuit of Americas.

Gamers outside of the Pro Team series can also qualify for the LMES Super Final via one of the Pro Individual events. More information can be found here.