The decision on a new date for the Bahrain Grand Prix has been postponed until May 1, the FIA (Federation Internationale de l'Automobile) reported today. The Kingdom of Bahrain has been plagued by political unrest, following similar political uproar in other Middle-Eastern and North-African countries. The race was due to take place next weekend on Sunday March 13, but Bahraini Crown Prince Salman bin Hamad Al-Khalifa, also one of the promoters of the race, decided to cancel the race two weeks ago. 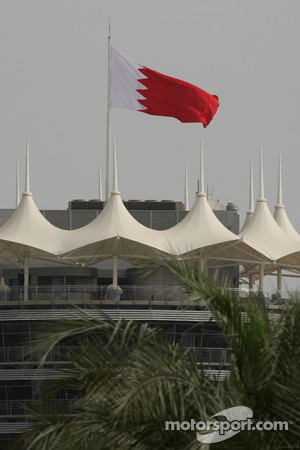 The decision was made after a FIA World Motor Sport Council meeting in Paris today, and it was decided Crown Prince Salman has the time until May 1 to inform both the FIA and FOM (Formula One Management) about hosting the race at another date. A FIA press release stated: “The World Motor Sport Council asked the Bahrain Motor Federation to communicate by May 1st at the latest if the Bahrain Grand Prix can be organised in 2011.”

We will have a look and see what we can do

There have been many speculations regarding the date of the Bahrain Grand Prix later this year, FOM and FIA have already ruled out the possibility to host the race in August, due to the ultra-high temperatures in the tiny Gulf state, and the mandatory three-week Formula One vacation in which all teams’ factories and workshops have to be closed. “It's too hot for the public to sit in the grandstand at 40-odd degrees,” Bernie Ecclestone said last week.

Ecclestone has also mentioned the possibility to host the Grand Prix after the Abu Dhabi Grand Prix on November 13, “We will have a look and see what we can do, how we can swap things around a bit. Maybe we can change it with Brazil, or something like that.” But that would mean the Brazilian Grand Prix would have to pushed back to December, and the organizers of the race have not yet had any talks with the FOM or FIA. They also have hinted they are not too keen on the idea to host the race, which takes place at the circuit of Interlagos, in December, as the Brazilian soccer season also starts in December. 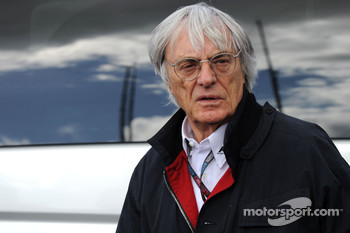 It is unlikely another race would replace the Bahrain Grand Prix this year. “We don’t need an alternative race anywhere in Europe or any other place. We need a race in Bahrain. If the Crown Prince is of the opinion that his country is able to host a race we will return to Bahrain,” Ecclestone said.

However, the most important question of course is whether the political climate in Bahrain will undergo significant changes before May 1, and even Ecclestone can’t answer that question. “You never see anything about Bahrain on TV now,” he said last week in an interview with BBC Sport.

But Ecclestone is still determined to get the Bahrain Grand Prix back on the calendar again, “The people there have been very good. If they want the race we want to be able to supply it for them,” the FOM boss said.