2021 marks the 20th anniversary of Kimi Raikkonen’s arrival in Formula 1, and what makes his story more compelling is that he is once again racing for the team with which he started his career.

Working closely with Carrera and its #DRIVEYOURSTORY campaign, it is easy to see that Raikkonen’s rise shares similarities to the eyewear manufacturer’s brand identity; championing free spirits, embracing a daring attitude and possessing a boldness to succeed. It is these personal attributes that have driven Kimi in his motorsport journey from karting sensation to F1 legend.

Raikkonen started his F1 journey at the Sauber-run team and two decades later there are still people in the Hinwil camp who worked with Kimi first time around, notably sporting director Beat Zehnder.

Raikkonen’s story is an inspiring one, of living by his own rules and not being afraid to take the unconventional route. He came from a humble background, and his family could only offer limited support in order to kickstart his career. Nevertheless, Kimi stood out on the Finnish karting scene and his progress caught the attention of father and son management team David and Steve Robertson – who helped Jenson Button on his way. They enabled Kimi to make the step up to car racing in Formula Renault, and in 2000 he set the pace, but at that stage F1 appeared to be a long way away.

However, perhaps inspired by Button’s jump from F3 to F1 with Williams, Peter Sauber was receptive to Raikkonen’s potential and he offered Kimi an F1 test in September 2000. A further test convinced Sauber that Raikkonen could make the switch to F1 but the next task was to convince the FIA that it was possible. Kimi was given a provisional superlicence on the basis that he would have to prove himself over the first few races of the 2001 season.

Once in F1 Kimi defied convention from the start. He didn’t put a foot wrong on his debut in Australia, crossing the line in seventh but gaining sixth place – and a world championship point – when a rival was penalised. It was a brilliant debut season for the 21-year-old, who would add two fourth places and a fifth place to his tally. 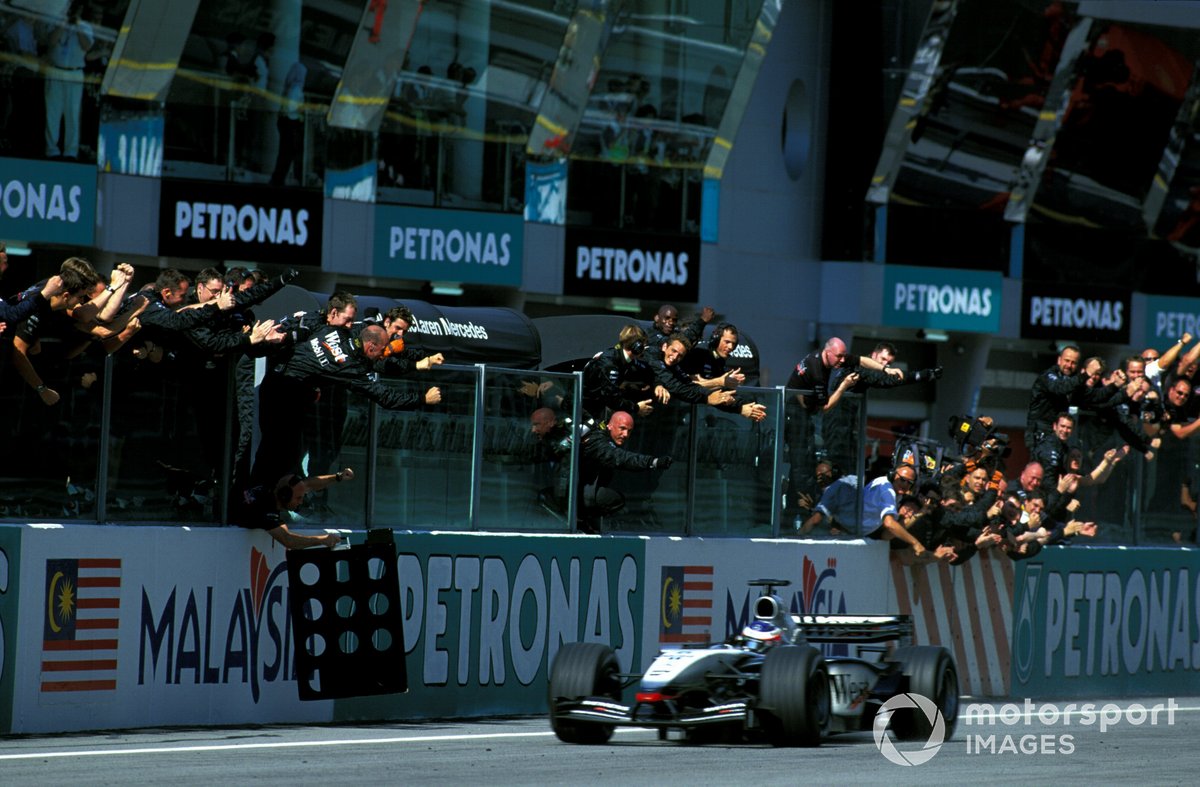 His pace had caught the eye of rival teams, notably McLaren. With Mika Hakkinen set to retire Kimi became the target for the British team and he became a McLaren driver for 2002. Kimi continued developing, claiming four podiums in 2002. In 2003 he scored his first win in Malaysia and came close to winning the championship. He also finished second in the championship in 2005.

Kimi continued to forge his own path and in 2007 his career took another step forward when he moved to Scuderia Ferrari. That year’s title fight between McLaren’s Fernando Alonso and Lewis Hamilton was turned on its head when, after a brilliant end to his year, Raikkonen took the F1 driver’s crown at the Brazil finale.

Living by his own rules and endearing himself to a legion of fans who saw Kimi standing for something different in an overtly traditionalist sport, he continued win races with Ferrari until the end of 2009 when he was sensationally dropped to make way for Alonso.

It was a bitter blow for the Finn, but accepting he wasn’t wanted Kimi again showed his daring attitude by immersing himself in the highly technical world of rally driving. Here Kimi demonstrated that, even as an F1 world champion, he was not afraid to learn by doing things differently. 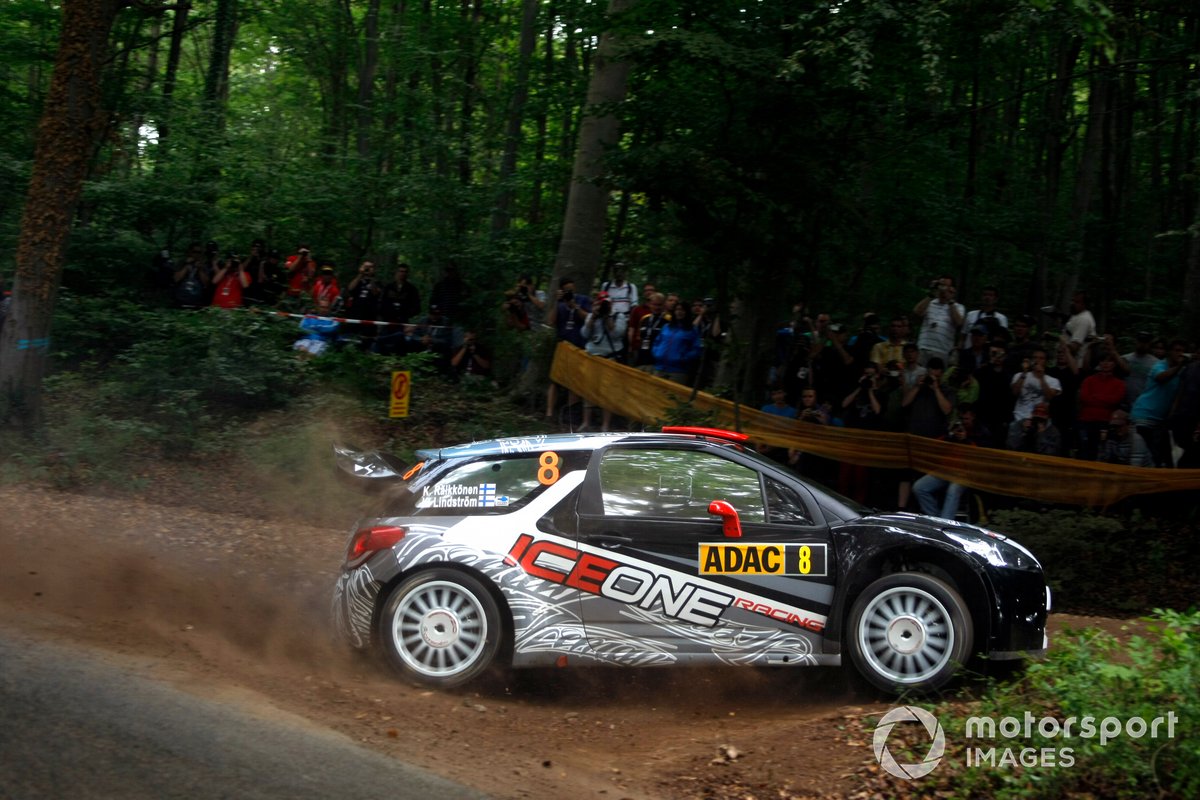 The adventure continued and Kimi’s journey took him into the heartland of American motorsport, to NASCAR, where he made two guest race starts, one in the Nationwide Series and the other in the iconic Truck Series.

Kimi, always one step ahead, never closed the door on the part of his life where he had enjoyed the most success. For 2012 he returned to Formula One with Lotus and immediately reinforced his own personal brand traits of daring and living without fear. He won the season finale in Abu Dhabi and again in Australia in 2013.

Against expectations Kimi once more took an unexpected path and returned to Scuderia Ferrari for 2014. It says a lot about his personality and the respect he had from the team that a reunion was possible after their earlier split. Kimi would race for the Italian team for five more years, scoring many podiums but just one win, in the 2018 US GP. By then the team’s protege Charles Leclerc was ready to graduate from Sauber, and Kimi left the team.

Many thought that would be the end for his career, but Kimi had other ideas and returned to his former team, Sauber – now called Alfa Romeo Racing ORLEN – to help raise the level of the team and chase points. He still loved driving F1 cars, and simply saw no reason to stop. 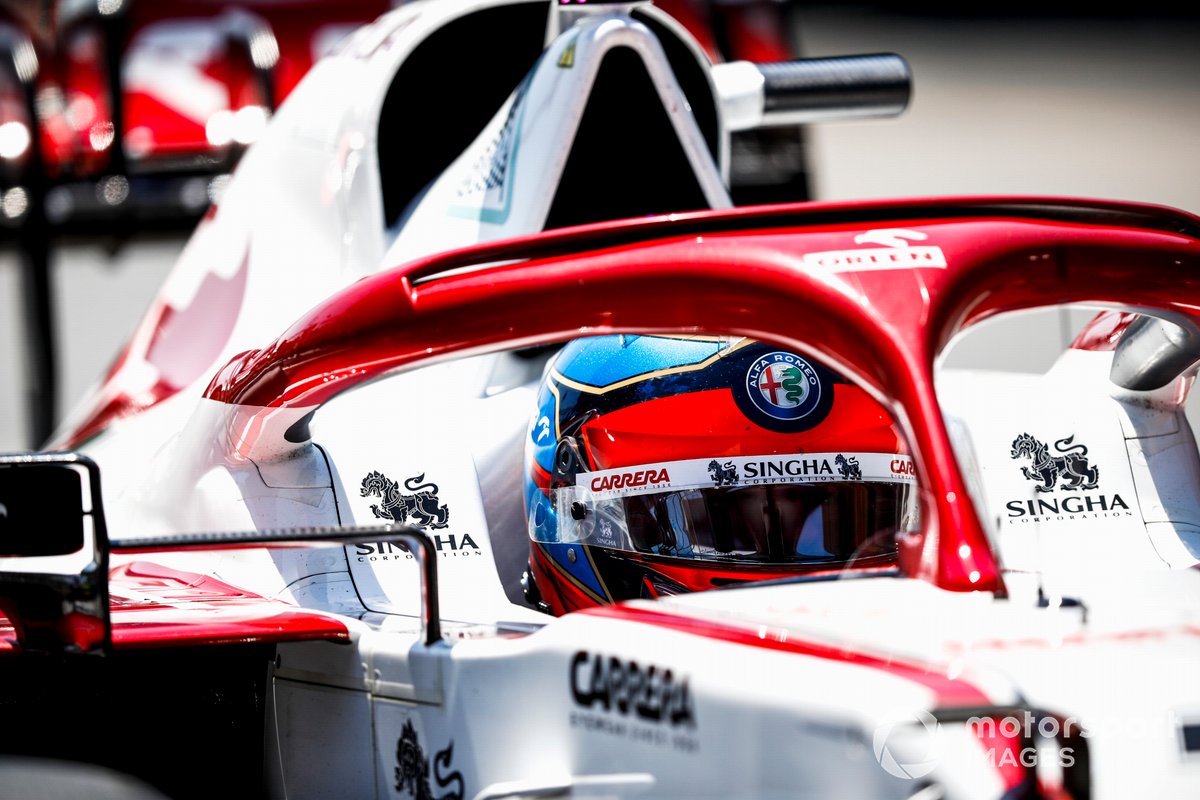 Kimi is now in the third season of his second stint with the Swiss team. He turns 42 in October and remains fully motivated, showing no sign of slowing down any time soon.

As the Official Eyewear Partner to Alfa Romeo Racing ORLEN Carrera is giving you and a guest the chance to win two places at an exclusive driving experience at Silverstone Circuit in the UK. As part of the experience, you will be driving a variety of high-performance road cars, prepared for the racetrack, under the guidance of expert instructors, around iconic parts of Silverstone Circuit’s famous racetrack such as the Hamilton Straight, the Hangar Straight & Stowe Corner.

*You and your guest will enjoy a money-can’t-buy day of high-octane excitement including an opportunity to meet Alfa Romeo Racing ORLEN F1 driver Antonio Giovinazzi.

To enter go to: motorsport.com/competition