Volkswagen has officially unveiled its heavily revised I.D. R prototype ahead of an attempt to break the electric car record for the Nurburgring Nordschleife. 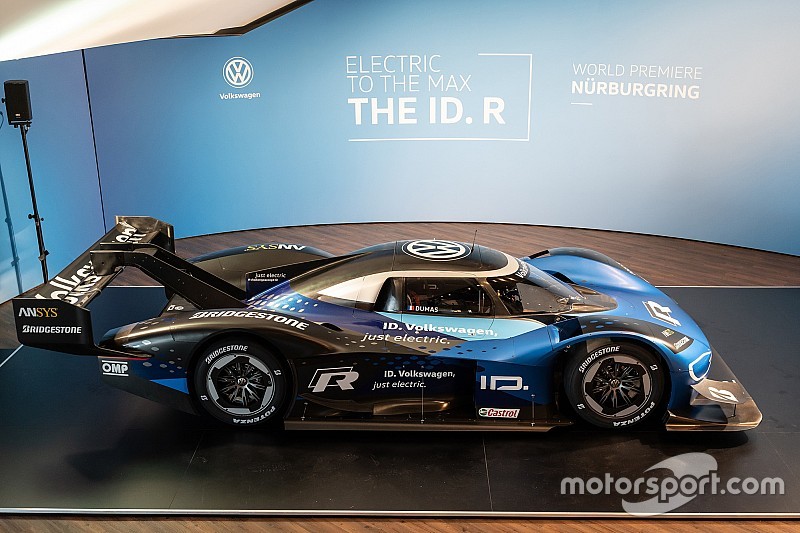 After a three-month development period, the same chassis has been given an updated aerodynamic package.

It has led to a 20 percent decrease in overall downforce, but improved efficiency thanks to a smaller rear wing that now features a Drag Reduction System, a new transmission and revised electric motors capable of 500Kw (670bhp).

“It reminds me a lot of a Le Mans car,” Dumas said. “The Pikes Peak car was already amazing, but for sure we have improved it in aero and in braking.”

On Thursday, the car will start early testing on the Nurburgring as Dumas attempts to beat Peter Dumbreck’s 2017 EV record of 6m45.90s, set in the NIO EP9 supercar.

“[Trying to break the Nurburgring lap record] is an exciting challenge – first of all, I’m lucky because the Nurburgring is the nicest track in the world so to have a chance to drive it in a prototype is a dream,” Dumas added.

“It will be a lot of fun after we’ve been pushing for the last three or four months [to develop the car].

“I have already driven the Nordschleife with the ID. R on the simulator countless times. But the true feeling from the incredibly high cornering speeds you only get when you’re on the actual track."

The four-wheel-drive I.D. R also now features a blue livery, paying homage to VW’s previous WRC and Dakar Rally projects, and has switched to Bridgestone tyres from the Michelins used during its Pikes Peak run.

It has been run at four tracks in the build-up to its Nurburgring record attempt, including straight-line testing at Paul Ricard, where it achieved a top speed of 170mph.

How young engineering students are accelerating their careers