A year ago, Al Carter and Hugh Plumb scored their first Continental Tire Sports Car Challenge podium together at Homestead Miami Speedway. This week, they are looking forward to coming back to Southern Florida and repeating last year's performance on Saturday afternoon.

At Barber, for the second round of the 2012 CTSCC, they scored another podium finish after an epic race. This third place finish allowed the B+ racers to now share the driver championship lead with their teammates of the #48 Fall-Line Motorsports BMW, Charles Putman and Charles Espenlaub as well as with the drivers of #13 Rum Bum Racing team, Matt Plumb and Nick Longhi.

The primary goal for this week's Homestead Miami Speedway Kia 200 race is to score maximum points to maintain the lead in the 2012 championship. In addition to leading the driver championship, Carter and Plumb also share the lead of the 2012 CTSCC team championship with their teammates of the #48 OMP Fall-Line BMW, Charles Putman and Charles Espenlaub.

Being atop the Continental Tire Sports Car Challenge points will have Hugh and me focused on being consistent once again.

Carter and Plumb know that Saturday's race will not be so easy and if they want to finish in the top five they will have to fight hard. Many manufacturers have made solid progress with their CTSCC cars and Barber saw the emergence of new machines that were not used to sharing the top positions of the podium before.

"Our #45 B+ Foundation Jetset Magazine Fall-Line crew is ready and looking to get to Homestead after surviving a wild Barber race and securing our first podium finish of 2012," announced Al Carter. "Being atop the Continental Tire Sports Car Challenge points will have Hugh and me focused on being consistent once again. We expect our Fall-Line BMW to be a factor, but the level of competition in this series is intense. Our entire Fall- Line team has been spot-on so far this season with engineering, pit stops and strategy. Like at Barber, I expect to qualify our #45 BMW upfront and secure track position. The Homestead infield course is always slick and passing is difficult. I am expecting another door to door battle. At last year's race we made many B+ friends at the Miami Children's Hospital Hopefully Hugh and I will put the #45 back on the podium in a repeat of last year's performance."

On Wednesday afternoon, as part of their "2012 B+ Foundation Fighting Childhood Cancer Tour", B+ racing drivers, cancer survivor Al Carter and Hugh Plumb visited The Miami Children's Hospital. The two driver’s presence brought a lot of smiles and was quite a success. Thanks to Homestead Miami Speedway that donated tickets for the kids again this year, The B+ Foundation will be able to invite children from the Miami area who are battling cancer to the race with their families.

"Last Wednesday we made many B+ friends at the Miami Children's Hospital," said Al Carter. "I am looking forward to get the Heroes back to this year's race today. Thanks to the Homestead track that donated tickets we can expect kids to spend some time with us in the pits and hopefully share a spot on the podium with us on Saturday night."

Hugh Plumb has been one of the top drivers of the CTSCC for many years and scored many podium finishes there in several categories.

"Looking at the Championship we need to be consistent every race, finish, keep the car clean, all of the obvious. It is very clear what I must do, get to the front collect as many points as possible each race. Homestead has been really good to me in the past years. I have been on the podium there quite a lot. I know that Al Carter will do a great job as he feels as confident as ever, as well as Fall-Line Motorsports." 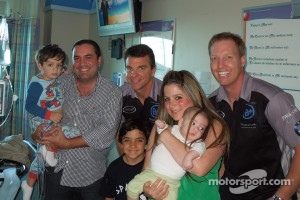 Plumb like Al Carter will visit the children of the Miami Hospital oncology unit and he want to repeat last years’ experience on the podium where he took young Alexis in his arms. This was a fabulous moment for Hugh, Alexis and all The B+ Foundation supporters. "We had a great Hospital visit on Wednesday. We were able to make a lot of new friends with the families and the kids we visited with The B+ Foundation. Some of them got to be with us on the podium today and I would love to repeat this outstanding experience" announced Plumb.

Last week, The B+ Foundation and BCKSTGR announced the sponsorship of the 4th round of the 2012 Continental Tire Sports Car Challenge; The B+ Heroes 200 presented by BCKSTGR at New Jersey Motorsports Park on May 10-12. In an effort to increase awareness of The B+ Foundation and a new company to be launched on May 15, BCKSTGR, the two entities have partnered to make a difference in the life of children with cancer. On May 12, they will invite children and their families from different states surrounding the racetrack, including children from the A. I. duPont Hospital for Children of Wilmington, Delaware. Some of the Heroes will give the command of The B+ Heroes 200 presented by BCKSTGR, wave the green flag and drop the checkered flag.

The B+ Foundation recently launched a unique fund raising program where race fans can easily make a $10 donation while at the track or at home by texting the word "Fight" to 80000. 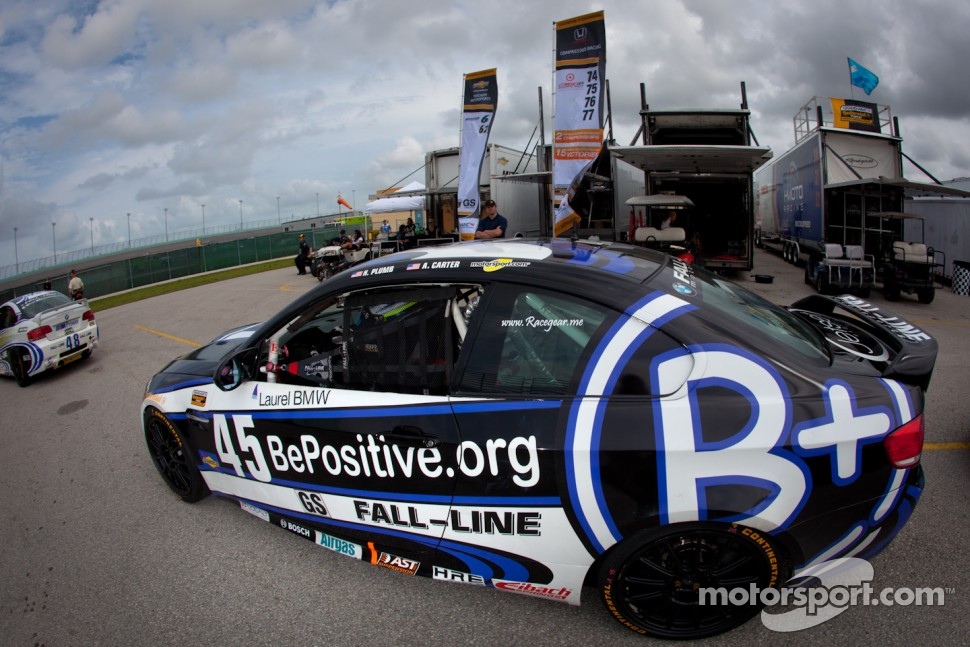 APR Motorsport looks for another strong run at Homestead