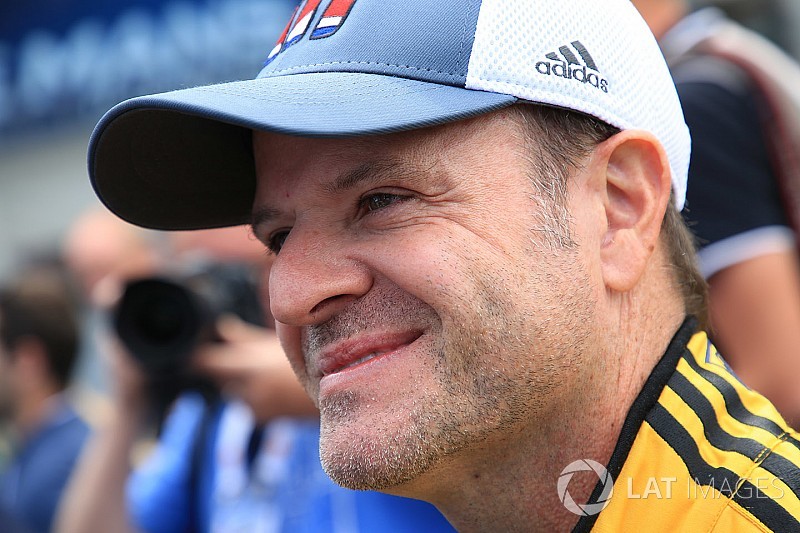 Barrichello, who continues to race full-time in the Brazilian Stock Car Championship, will drive a pro class Mercedes-AMG GT3 for Strakka Racing in the blue-riband Endurance Cup round of the Blancpain GT Series on July 28-29.

Barrichello, who will be competing in Europe for the first time since his campaign at last year's Le Mans 24 Hours with Racing Team Nederland, said: "I am very much looking forward to racing at Spa once again.

"It was where I got my first pole position in Formula 1 [with Jordan in 1994], so it brings back great memories.

"It will be great to race with my good friend Felipe and I am looking forward to sharing the car with Chris. All being well we should prove a competitive line-up."

Fraga joined Strakka for the Paul Ricard 1000Km BGTS round earlier this month, while Vietoris is scheduled to make his race debut with the team after missing the opening three Endurance Cup events through illness.

Barrichello, 46, will undertake two days of testing with the team at Spa next week.

Strakka, Mercedes' full-season representative in the Intercontinental GT Challenge of which Spa is the European round, will field three cars as usual at Spa.

Strakka director Jay Davenport said: "We are confident that with the driver line-ups we have we will do all we can to bring home overall victory and class wins."

Bernhard to race in Spa 24 Hours with own team