This weekend five V12 Vantage GT3s will contest Spa 24 Hours, the fourth round of the Blancpain GT Series. 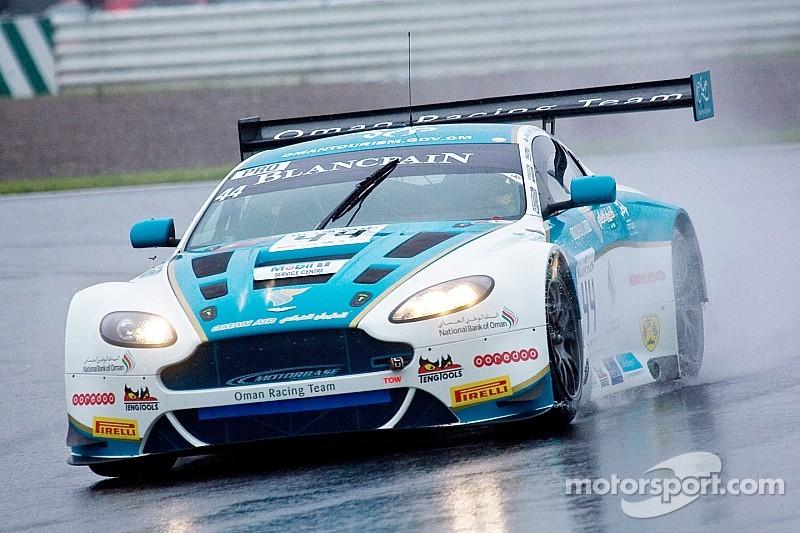 Five Aston Martin V12 Vantage GT3s will contest Spa 24 Hours, the fourth round of the Blancpain GT Series, this weekend (26-27 July) and all are supported by Aston Martin Racing works drivers and talented young up-coming drivers under the team’s watch.

In the Pro class, the Oman Racing Team V12 Vantage GT3, run by Motorbase, will be driven by Ahmad Al Harthy (OM), Michael Caine (GB) and Stephen Jelley (GB). The trio is contesting the full Blancpain GT Series this year and is looking to take as many points away from the biggest race of the year following a podium finish in the British GT Championship at Spa a week ago.

“It doesn’t get any bigger or better in GT3 racing than the Spa 24 Hours”, commented Al Harthy. “It’s an amazing event and a fantastic race to be part of – I can’t wait to be back there.”

“This will be the biggest race in my career and one I've wanted to do since I started racing,” said Abra, who signed to Aston Martin Racing earlier this year. “To do it in an Aston Martin with a great driver line-up and great support from Aston Martin Racing is a dream come true. I'm looking forward to working with Darren Turner and learning as much as possible from him. I hope we can have a clean race as we have every chance of having a very good result.”

Lloyd, who will make his 24-hour race debut this weekend said: “Everything about next weekend will be completely new, I’ve never done a 24-hour race before. With such strong team-mates though, we’ve definitely got a chance of winning Pro-Am and being able to learn from and compare myself to factory drivers like Jonny and Stefan is massive. I’ve put a huge amount of work into my preparation so can’t wait for the race now.”

“We are really excited about the first 24 hour event for Leonard Motorsport,” commented Leonard. “We have a really fantastic driver line up with Paul, Michael and Pedro joining us. The Vantage GT3 is well proven in endurance racing and we are looking forward to the biggest GT3 24 hour race in the world.”

Team-mate Wilson, who contested the Blancpain GT Series round at Silverstone alongside Leonard added: “Despite the fact it is the first 24 hour race for Leonard Motorsport we have set ourselves some hard targets. The driver line up should be one of the fastest, however with so many cars we need to be very careful not to pick up unnecessary damage to stay out of the pits. If we can do our job, we’ve ever confidence in the team and car we should be aiming for a strong result.”

“The grid is extremely competitive, but after a successful weekend at British GT, I’m confident the pace is there,” commented Onslow-Cole. “Making it through a 24-hour race is a totally different challenge, though.

“Phil and Paul are both safe hands and are among the top Am drivers in the UK. Paul is extremely experienced in endurance racing and that will be invaluable during the 24-hour race and John is a fantastic team-mate for me to have – he’s really quick on-track and his strategic expertise is something I’m looking to absorb.”