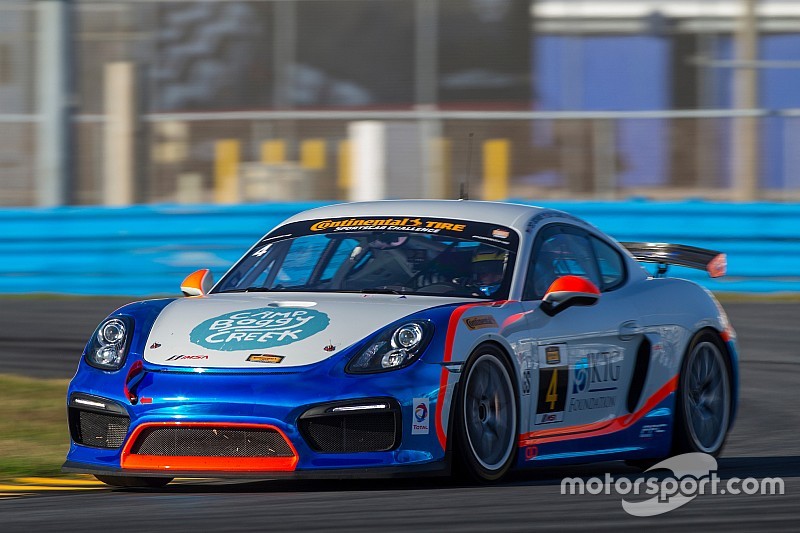 Atlanta, Ga. – As TeamTGM ramps up for the 2017 IMSA Continental Tire SportsCar Challenge kick off at Daytona International Speedway this weekend, familiarity is key. The team returns to competition with the Porsche platform and with full season drivers Ted Giovanis and Guy Cosmo.

With the new season comes two new endurance races for the Continental Tire SportsCar Challenge championship, the first of which is the BMW Endurance Challenge, a four-hour event at Daytona. IMSA veteran Hugh Plumb joins Giovanis and Cosmo behind the wheel for those two endurance races while veteran strategist Joe Varde will assist with that end of business.

All three drivers have a long history at the 3.56-mile course that features the high banks of the oval as well as the tight and twisting turns of the infield. In fact, each TeamTGM driver has stood on the Daytona podium.

Giovanis has competed at Daytona since 2006 for TeamTGM with a podium finish of third in 2015 marking his best result at the track while driving a BMW in the ST class.

Plumb has a long history of success at Daytona as well. He stood on the top step of that same podium in 2015, while driving a Porsche in the GS class. He also scored the pole in last year’s Daytona event.

Cosmo, who joined TeamTGM for the final four races of the season last year, has driven at Daytona since 2003 – competing in IMSA’s top-tier WeatherTech SportsCar Championship. He took a third place podium finish in that event driving a Prototype for Cegwa Sport.

Following a successful test at the annual Roar Before the 24 just a few weeks ago, TeamTGM anticipates a strong run to open up the year. And with one of the largest fields in years with 20 cars entered in GS, and a full field of over 40 cars, that preparation is key to achieving victory.

“We got the car set up well at the Roar and I think that’s going to be key,” said Giovanis. “The drivers all really gelled together and that was really important to us as well. We expect to be a contender for the win. We are trying to make the cars and package right and we’ve assembled a great team of people here to make that happen. There have been some crew additions and of course we have added Joe Varde and he has and will continue to make a big contribution. We’re putting all of the pieces of the puzzle together and we’re really looking forward to a great season.”

Guy Cosmo: “I think we’re going to be strong this year and it’s certainly not going to be for a lack of effort. We know what we’re up against. We know how competitive this series is and we really have all of the right pieces in place. We have great people. We have great equipment and we’re going to get after it. We know it will be tough, but we’re in it to be at the top. I think kicking off with the four-hour is a saving grace there. Anything can happen in four hours. It comes down to how the team operates and that’s where we’re really encouraged. We’re going to have a great race, no matter how fast we wind up being, so we’re excited.”

Hugh Plumb: “Luckily, I’ve been surrounded with good people in my career with the willingness and want to win. I am honored to be a part of TeamTGM because of their desire to put everything they have into this program and it shows. We feel confident about what we can do at Daytona. The organization was already top-notch to begin with and then they added in Joe Varde and a few other experienced crew guys, so the team is very prepared and we’re looking forward to it.”