BMW can be "proud" of its third-place finish in the GT Le Mans class of the Rolex 24 at Daytona against Corvette, says DTM star Marco Wittmann.

However, the German manufacturer was unable to prevent Corvette Racing from sweeping the top two positions, with the #24 BMW shared by Augusto Farfus, Jesse Krohn, John Edwards and Wittmann finishing third behind the two C8.Rs.

Farfus led following the 12th and final caution of the race, and remained in with a chance of victory until he was passed by the Corvette of Jordan Taylor with just over an hour to go.

“Overall, a podium finish is a successful result," said Wittmann. "Of course I was hoping for the win and to go home with a watch, but in the end, we have to admit that the Corvettes had better pace this weekend; they were slightly stronger and were leading nearly the entire race.

"I think we still can be proud to finish in P3 on the podium. It is the first time for me to stand on the podium in America so that was a great experience.”

The #25 BMW crewed by Connor de Phillippi, Bruno Spengler, Philipp Eng and Timo Glock had also been fighting with the Corvettes for the lead in the middle portion of the race after recovering from Spengler's start-line contact with the WeatherTech Racing Porsche. 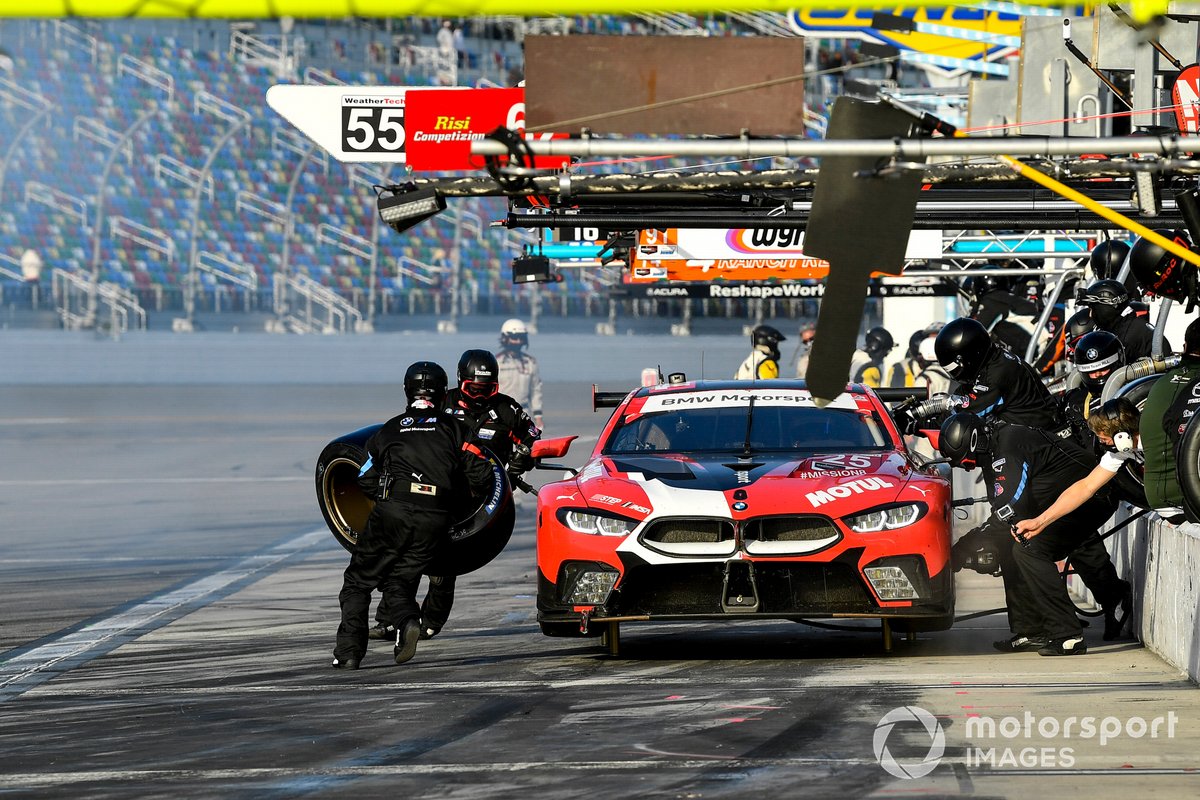 But an engine problem struck the car in the final third of the race, relegating the crew to fifth behind the Risi Competizione Ferrari 488 GTE.

“It was hard that we fell back with, I think, eight hours to go when we suffered an issue that affected the engine performance," said Glock, who like fellow DTM driver Wittmann was making his first IMSA start. "Until then, we were running really well in the top three.

"Connor was even in the lead at some point and he really did a great job to get us in front of the Corvettes, but this is how 24-hour racing is.

"The team did a very good job, trying everything, also with the #24 car, to challenge the Corvettes. They were slightly ahead of us but in the end we have to take it like it is.

"Overall it was a great experience. I enjoyed my first appearance here at Daytona. The team did a fantastic job, the mechanics worked really hard over the run up to get both cars into a good shape, as did the engineers. It was great fun.”