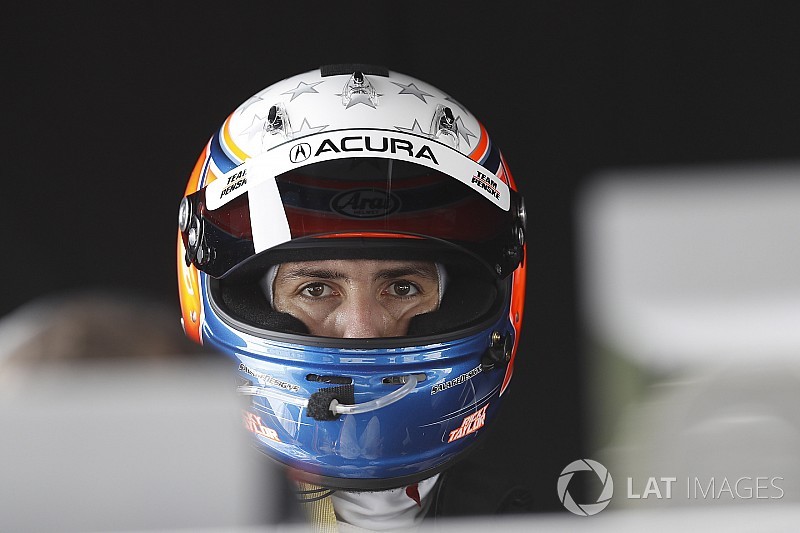 Joao Barbosa took over from Filipe Albuquerque in the #5 AXR machine and set its fastest time as the track got quicker, but he was 0.6sec off top spot – yet still fast enough to beat the Dane Cameron/Juan Pablo Montoya-driven Acura.

Colin Braun did a fine job to take fifth in the CORE autosport Oreca-Gibson ahead of the best of the Mazdas, Jonathan Bomarito in the #55 car.

Its sister RT24-P, driven by Oliver Jarvis, quit running after just one lap, bringing out the red flag, but was later able complete 37 laps and he was able to wind the car up to 10th, albeit half a second off Bomarito’s best.

In between the Soul Red machines were Tristan Vautier in the Spirit of Daytona Racing Cadillac – its first official session since the shunt at Sebring in March – followed by Stephen Simpson’s JDC-Miller Motorsports Oreca and Renger van der Zande in Wayne Taylor Racing’s Cadillac.

With GT Le Mans teams preparing for the 24 Hours of Le Mans, GT Daytona gets a moment in the GT spotlight this weekend, and last year’s Detroit-winning combination of Katherine Legge and an Acura NSX ensured Meyer Shank Racing was back on top, half a second faster than teammate Lawson Aschenbach, and separated from him by the Lexus RC F of Jack Hawksworth.

Spirit of Daytona Racing to return in Detroit