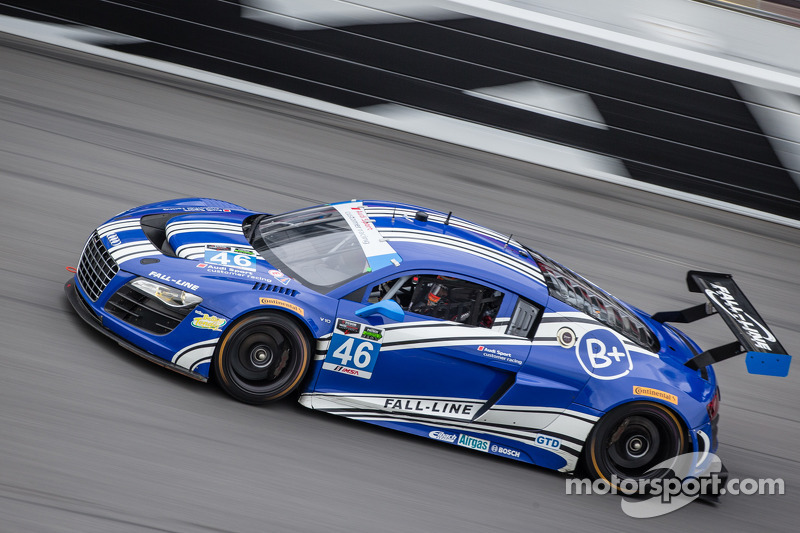 Fall-Line Motorsports tested with 18 other cars in the GTD category in preparation for the season-opening Rolex 24 at Daytona in late January.

Buffalo Grove, IL - Fall-Line Motorsports finished up the four-day TUDOR United SportsCar Championship pre-season test that took place at Sebring International and Daytona International Speedways November 16-20. They tested with 18 other cars in the GTD category in preparation for the season-opening Rolex 24 at Daytona in late January. 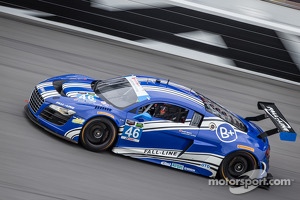 The test went according to plan and the team turned many miles over the course of the four days on both tracks. They had a rigorous testing program to implement and engineers and team principals were pleased with the results and everything was executed perfectly.

With so many cars to compete against, pre-season testing is as important as ever heading into the race at Daytona. Competition is tight and the field is impressive and the team has their work cut out for them but is pleased with progress thus far.

Charlie Putman: "The test was exciting and we certainly accomplished a lot. As drivers, we are starting to make friends with the car, which is much improved over where we left off last year! There is still a mountain of learning to be done both engineering-wise and driver-wise, but we are off to a good start. We are going to be very busy over the holidays and right up to the Daytona 24. It is great to see everyone on the team so excited and motivated by this project."

Charles Espenlaub: "We are coming off a great season with Fall-Line right into preparation for what looks to be some great GT racing next year. The Sebring and Daytona tests provided us with a lot of data to make the Audi R8 a top competitor. The always-awesome team at Fall-Line has been working non stop, and yet the laughs and good times continue as our camaraderie grows even stronger. I feel that 2014 will be another great year."

Michael Harvey, Team Manager: "It was great to be back at the track to start testing with our 2014 program. We had a detailed test plan which we successfully accomplished at both tracks. The car performed very well and we managed to cover a lot of miles, which was important for both the drivers and engineers.

Obviously the first two events are big ones so car preparation and track time for the drivers is extremely important. As always, the Fall-Line crew did a great job and with the amazing support we receive from Audi sport customer racing this test was a great success."

"They are going to get it right" - Dion von Moltke